PayPass/NFC and Google Wallet: A Solution Making a Problem 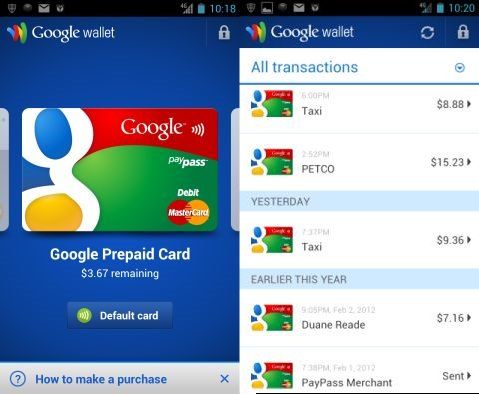 Well, OK, there was one string: I could only use the $10 through Google Wallet, a payment system designed to turn your SmartPhone into a debit card. Which is a very cool idea.

But Google Wallet is a system I’m not planning to pursue any more, any time soon.

Google Wallet only runs on phones that have special chips built into them. These Near-Field Communication (NFC) chips have been in debit and credit cards in most of the world for years now; I spent quite a bit of time in Europe a few years back and my American cards were less capable because NFC chips have only recently begun to show up here. And if you think about it, despite many television commercials for “MasterCard PayPass” and most new credit card terminals having that little “tap here” area, you’ve probably never seen anyone use a credit card by tapping their NFC chip.

My new Galaxy Nexus has NFC, and although Verizon has ignored Google Wallet, presumably in favor of ISIS, a not-yet-implemented NFC system that they’d prefer you to use, I’ve gotten Google Wallet running on it. As you can see from the picture above, there’s $3.67 in my Google Wallet; I started with the $10 Google gave me and added $50 by linking a bank card to transfer more money into Google Wallet. I then used my Galaxy Nexus to pay for things for a few days wherever that was possible.

And that’s where the idea of NFC breaks down.

Let me start by saying there’s no security problem. Google Wallet requires a PIN to use, so unless someone got their hands on my Galaxy Nexus and knew both the unlock code for the phone and my PIN,  it’s actually more secure than a regular card; all a thief needs to do to use one of those is choose “credit” instead of debit.

But those little “tap to use” terminals aren’t ubiquitous. I was in one very new store where they nevertheless had installed card terminals that lacked the tap area, and in another where they had the NFC-capable terminals, but they didn’t work. And the employees looked at me like I was a Martian when I tried to “tap to pay”.

And that’s the problem with Google Wallet and NFC.

Cash is accepted everywhere. Credit and debit cards are accepted almost everywhere. You know exactly what your relationship with cash and cards are. But if I leave the house to pick something up, walk into a store that I know accepts cards only to find out that they either don’t have NFC terminals or the terminals don’t work, “having money in my phone” becomes a problem, not a solution. Remember when I told you about QR Codes being a solution in search of a problem? NFC through Google Wallet or anything else, at least for now, at least here in the USA, is even worse.

Google Wallet has other problems, by the way. See the part of the picture that shows details on my purchases? Sometimes—”PayPass Merchant”? REALLY?—transactions go through but details never arrive in Google Wallet. And on the Google Wallet web page? Nothing EVER arrives.

I love the idea of being able to carry my SmartPhone and leave my wallet at home. But Google Wallet (and let’s be fair; any other NFC payment system) is so far an idea that makes more trouble than it solves. And that’s not a business change anyone needs.

Contact me here for help planning your next business change.