DNS: A Company You Don’t Know Can Bring Down Your Web Site 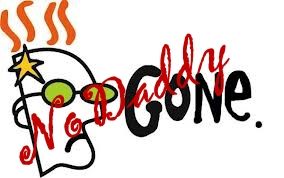 What do you do when all of a sudden, your web site disappears? After you stop hyperventilating, you pick up the phone and start screaming at everyone you know who had anything to do with it. The designer. The code team. The company that “hosts” your site. Your plumber. OK, maybe not your plumber. But you might as well call him, because he knows as much about your web site as the culprit that brought down millions of web sites a couple of days ago.

I’m talking, of course, about GoDaddy, a very large company that even if you’ve never really paid attention to you’ve probably heard of. Scantily-clad models in Super Bowl advertising. Race car driver Danica Patrick as spokesperson. THAT GoDaddy. Or this week, NoDaddy. Earlier this week, GoDaddy had a problem with the software they use to keep track of where web sites “are” on the Internet. That part of the Internet equation is called “DNS Records”, and GoDaddy lost theirs.

When GoDaddy’s DNS records disappeared, so did all the web sites that those DNS records point at. GoDaddy, in a “better to say we screwed up than it would be to admit we don’t have good enough security in place to avoid getting hacked” PR manuever, claims exactly that. Well played, GoDaddy.

The question for me . . . and for you . . . needs to be why didn’t GoDaddy have back-up DNS records in place? It’s not difficult. It’s not that expensive; even small companies are doing it. It’s . . . almost incomprehensible that GoDaddy let this happen.

I’m not, by the way, picking on GoDaddy so much as letting you know that you can avoid this kind of problem ever happening to your business.

It was almost three years ago that Google made protecting and speeding up your DNS records easy—and free. Lots of companies will do this, but the reason you might select Google to handle DNS for you is that, well, they’re Google. But GoDaddy doesn’t tell their customers about this kind of trick and unless you have a company like The Computer Answer Guy handling your technology issues you’re unlikely to know about it.

This is a big deal; when you set up a web site you need to build redundancy and fail-safe measures into it, and separating the hosting from signs that point people at the house where your web site “lives” is an easy way to make everything safer.

But now the conversation changes to one about what’s happening in “the cloud“.

The bottom line truth is that if you aren’t in direct control of every element of what drives your activities—and you aren’t— you need to either understand what’s happening “out there”, pay someone who does to manage it for you, or be OK when your web site disappears. Presumably, the last choice doesn’t count.

Megaupload ceased being a business when Carpathia hadn’t protected them against bureaucrats. Maybe there was nothing either company could do about that, but Megaupload’s customers should have had backup plans. Using Google Drive? A good step. Not understanding what’s likely to break? Shame on you. Find a cool service like Hubspot and think they’ll bail you out of problems? You’d better know the right questions to ask.

There’s a great lesson to be learned from the NoDaddy debacle: if you don’t understand the systems your business runs on, you need to. Because, seriously, what were you expecting for under $10 per month?