It’s A Game Changer: Start Producing Video. If You Dare 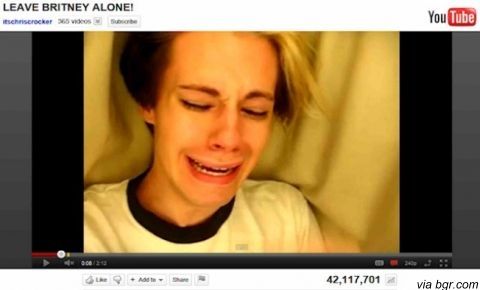 I’m about to do a 180 degree turn on something I’ve said here a few times. Pay attention, though, because as I turn, I’m also going to be moving the circle.

Last week, Google announced that they were changing their search engine algorithm to look at YouTube traffic differently. Moving forward, the number of clicks you get on a video on YouTube will matter in Google’s Search Engine Optimization rankings less, while the time people spend actually watching your videos will count more in SEO-land.

I point this out because it means that the way you look at your video production efforts needs to change, or you’ll be wasting your time producing video.

When I wrote that post eighteen months ago the point I was making was that video is expensive to produce, and creating low quality video just meant that if you managed to draw traffic to your work people would leave immediately. Now, Google’s letting us know in no uncertain terms that drivel won’t help you.

And like “bounce rate“, it could even hurt your Search Engine Optimization.

In order to work—that is, in order for people who find it to watch it—video must be either instructional or entertaining. And if you go for instructional, entertaining is still a good idea. Remember this video on the broken education system in the USA? Gold.

Leaving you to wonder why I included that picture at the top of this post. Chris Crocker’s “Leave Britney Alone” video (NSFW)  from five years ago? What could that possibly teach us about “good” video?

Forty-odd million views later, this peon to teen-aged angst directed at absolutely nothing of consequence is still . . . a train wreck. People can’t look away from train wrecks. I would bet that most of those forty million clickers hung around to watch the whole ridiculous mess.

Oh, and because “Leave Britney Alone” is the first video Google shows you when you search for “youtube video production values”.

Just as this Facebook picture of Barbara Eden as Jeannie is the perfect “like button bait“, your videos must both attract traffic, and keep it. It’s not always easy. No less a media expert than Chris Brogan struggles with the issue.

A lot goes into video production. It starts with knowing your audience, what they want to see, and what you want them to see. When I was on CBS Television’s Up To The Minute as The Computer Answer Guy, I never looked at the camera because the pieces I did with Anchor Nanette Hansen were designed to play like informed interviews—even though Nanette knew nothing about the subjects we discussed. Literally, she did those pieces cold (I, on the other hand, would spend about 18 hours producing six minutes of video).

Eighteen hours of production for a six minute piece that still needs to be augmented by commentary from two people at the height of their professions? You bet. And you can bet that this piece on hard drives in copy machines took about that long, too.

So maybe you’re thinking I’m really making the same argument I’ve been making: you shouldn’t bother producing video. I’m not. Business Changes, and you need to change, too.

But you need to make that video pop . . . or at least not chase people away. And that’s where we come in.

Call it Search Engine Optimization, social networking, reputation management, long tail marketing, or anything else that makes sense to you. In fact, call  it all of those, plus add a new word I’m minting right here, right now:

Influency* is something you’re going to be hearing about a lot, very soon. Influency* is the place where your SEO and other marketing efforts come together. Infuency*, in short, is everything.

And we’re going to get you Influency*, using video and every other marketing tool there is.

You can wait, or you can Contact The Answer Guy About Influency*, right now.