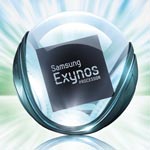 Google wants you to think the Samsung Exynos 5-powered Google Chromebook is “Ready When You Are“. The question is: ready for what?

A couple of years back, I started carrying a Netbook-style portable computer. I paid all of $250 for it. Aside from when my little purple Acer Netbook died, it’s served me well; a full day’s battery, and it runs Microsoft Windows, albeit slowly (and Ubuntu, faster, although less capably).

Today, just as the next version (and Windows 8 sure does looks like a tablet OS) of Microsoft Windows is about to launch, I’m taking a break from a long run of stories about customer service at Virgin America to talk business change. Huge business change. Ladies and gentlemen, The Cloud Is Here, and For Real.

The question is, what does that mean?

In the last few years, the way we use computers has changed. You may not have noticed it if you’re chained to a desk much of your day, or even if you use a traditional laptop computer and move from place to place. But our SmartPhones have all the power that computers had not very long ago, and do most of the things we’ve been doing for years with bigger devices. Netbooks were a way to make computers smaller and lighter but “work the same”. Tablets like the iPad and Nexus 7 have overrun us, and can almost serve as the only computing devices we own.

But these not-quite-a-computer devices always seem to have one compromise or another to adapt to, so wouldn’t it be cool if someone made something that was easy to carry around, had great battery life, and could work just like a real computer? And inexpensive would be a nice bonus, too, right?

The Google Chromebook isn’t it, but it’s very close, and if you’re ready to change the way you look at computers—and I do mean change—you want one of these.

The Chromebook is cheap. It costs the same $250 I paid for my Netbook, but is faster, lighter, and sports an 11.6 inch screen. That’s significantly larger than the 10-inch Netbook I’ve been carrying around; it might not sound like much, but it is. On the other hand, my “real” laptop has a 15.4 inch screen. On the other, other hand, the Chromebook weighs less than three pounds and my Dell laptop . . . well, doesn’t. That’s the reason I moved to the Netbook. I needed better portability and better battery life. The Chromebook runs 6.5 hours on a charge; not quite “all day”, but pretty good.

That’s it for specs; I’m not doing a review here. The Chromebook is a pretty solid little computer. It’s a step up from my Netbook. It has a decent-sized screen. It’s has a real keyboard, is light and you can use it for most of a day. No, you don’t want to do really computing-intensive things like video editing on it.

In fact, you can’t. Appearances aside, the Chromebook isn’t a “real computer”. It’s actually less of one than my aging Netbook.

And you probably shouldn’t care. As long as you trust Google and are ready to start paying them for things that you thought they gave away for free.

The Chromebook has limited storage space. In fact, my Galaxy Nexus SmartPhone, with 32 GB on board, has twice the storage of the Google Chromebook. Technically, that’s enough to do the aforementioned video editing, and you can always plug an external disk drive into the Chromebook to get more room or offload your work. But the Chromebook doesn’t run desktop operating systems like Windows—or isn’t designed to— so you don’t have on-board video editing software in it and probably won’t be able to find any.

And that’s the point: as much as it looks and often will feel like a real computer, by effectively moving absolutely everything you do into The Cloud, that computer has become a different beast altogether. Yes, you have a keyboard, but you might as well not. The Chromebook is best suited for minor computing, and major media consumption. More than anything, the Chromebook is a large tablet.

Which is kind of cool. No, the Chromebook won’t suffice as your only computer any better than a tablet can, but there are plenty of people who really could get by with a tablet and just a tablet.

Now, onto the business change.

Whether you see the Chromebook as your only computer or merely an extra one, you need to pretend the the 16 GB of storage in it doesn’t exist. I’m not talking about needing to make backups, or knowing where your files “are”. And 16 GB is actually quite a lot of room as long as you aren’t storing video. No, the issue is that the Chromebook is a wolf in sheep’s clothing. You’re going to use Google Drive for your word processing needs, because you can’t install Microsoft Office on a Chromebook. Yes, you might decide to use Microsoft’s new online version of Office, but … you won’t, since Google Drive is right there in your face.

And so your files will be in the cloud. And Google has begun to stop supporting Microsoft Office files in Google Drive. Still, you needn’t care. Google Drive works, thanks very much, and most of us can do most of what we do most of the time using Google Drive and other online-only tools.

Sorry Dropbox, that wolf still looks like a sheep.

Again, as a user, and as long as you’re OK with Google being your everything, computing-wise, this doesn’t matter.

The Chromebook includes 100 GB of cloud storage space courtesy of Google. That’s a lot of space—again, for almost anything except big video files. Holy Cow, those Google guys are nice, aren’t they?

Fill it up. Get all comfortable with not having to manage files or back them up. And then . . . Google becomes like your Cable TV company if you’re old enough to remember when television was free. They’ve got their hand in your pocket and it’s not coming out.

That’s business change. Tell the truth: you wish you could do that with your customers. Hubspot has done it (oh wait; Google owns a chunk of  Hubspot).

The Chromebook is more tool than toy. But it’s a tool for Google, as well as for you—maybe more so. Can you say “Monopoly“?

And you thought Zagat had become free.