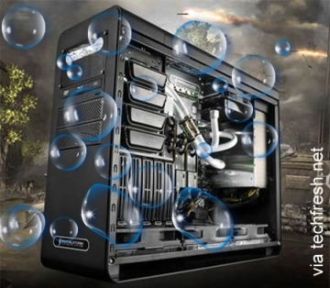 In the Face of Disaster, your business needs a disaster recovery plan. Do You Have One?

Being in New York City, I’ve had Storms and Disasters on my mind all week. I’m lucky; I’m in the part of New York City that this piece calls “The Third New York”—and honestly, there’s a fourth New York; just ask the residents of Staten Island, who don’t even have the luxury of walking a couple of miles North to get temporary relief.

This morning, I came across this piece describing the difficulties that a few very large web sites are having getting things back to normal in the aftermath of Hurricane Sandy. And what it brought to mind for me was this didn’t have to happen.

The reason these supposedly tech-savvy companies are having problems with their web sites this week is that they had contracted their hosting to a company operating out of one location, located in a flood zone. With all respect to the heroic measures taken to keep things running and repair what isn’t working, my question is what were they thinking?

I remember a client I took care of during my stint as a Business Development Executive at Verizon Communications. They were a toy company located on Long Island, hosting their web site in a computer in the basement of their below-sea-level location and wondering why the underwater T1 line they used for connectivity was always going out of service. And it wasn’t OK that Verizon was so unreliable, but the point I made for them was that there was no good reason to host their web site and email servers on-site.

And that was almost ten years ago.

Today, with cloud computing, distributed hosting, and affordable, easily-implemented redundancy, even if you choose a local hosting company for relationship reasons there’s very little reason not to have a backup and disaster recovery plan in place. You don’t want something as simple as errant DNS records taking down your entire business, right?

Even so, Computers Are Hard, and if you haven’t hired an expert to manage the way you use your computers you can find yourself in a world of hurt when “stuff happens”. Yes, this paragraph is a commercial for the cool stuff we do at The Computer Answer Guy, and at PC-VIP.

Self-promotion notwithstanding, It really is easy to get in trouble if you aren’t paying attention to a lot of details that more and more businesses are overlooking as computers feel more and more commoditized. Using a service like Hubspot seems like a great idea, but isn’t, for most businesses. MegaUpload did something cool, but there were problems. Miss details, and you might as well go searching for your Any Key.