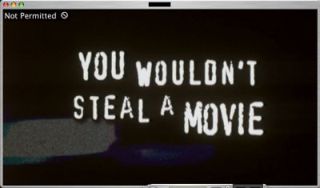 Stealing and Piracy of Movies is Good for Movie Studios

One of the world’s most successful venture capitalists and two music big-shots have gotten behind piracy. Now, as odd as it might sound, there’s (a little bit of) proof that piracy may actually help movie studios make money.

Despite Fred Wilson, Neil Young, and Elvis Costello all coming out in favor of media piracy, stealing movies and music is still . . . well . . . stealing. And forget legal nuances distinguishing copying from theft; if you take something from someone else without paying for it and you know you were supposed to pay, you’re stealing.

But what if stealing is actually good for the company being stolen from?

Almost a year after the shutdown of MegaUpload,  and with the fate of the files hosted at MegaUplaod and their hosting partner Carpathia still undecided, the folks at TorrentFreak have commissioned a study that shows—hang onto your hats— that movie piracy actually helps movie ticket sales.

Of course, you have to consider the source.

TorrentFreak isn’t exactly a neutral observer in this arena; they help people find pirated (and other!) files on the Internet, and putting even a little pressure in the form of doubt on the powers-that-be helps TorrentFreak’s cause.

Of course, BitTorrent being adopted by a big-shot author like Tim Ferriss helps even more.

Regardless of motives and legalities, though, the real question is one I’ve been asking the media business for a bunch of years: when are you going to accept and embrace business change?

Oh, there have been glimmers of hope. Louis CK proving himself smarter than media marketing executives was a wake-up call,  and the movie studio that all but begged people to pirate their movie was a fun distraction, but on the whole, business change, hard to make happen in any business, has eluded the media businesses of movies, books, music, and magazines, but hard. Newspapers seem to be doing just a bit better, but the problems are huge there, too.

Don’t get me wrong; these companies have the absolute right to keep doing business the way they always have. And ‘stealing’ is still ‘wrong’. The problem is that I needed to put both of those words in quotation marks, because what they mean in this context is absolutely not cast in stone. I mean, in Australia, movie piracy has practically been declared legal.

It’s all complicated, and it’s all about Influency*. You can hardly wait to find out what that means, can you?