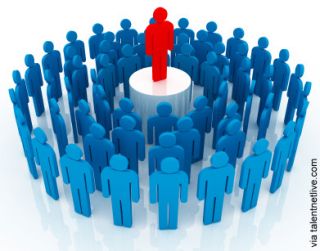 This week, I’ve been working with a new client, explaining a few things about Search Engine Optimization. He happens to be both an engineer type and a business school graduate, and because of that our conversations sometimes turn to the geeky, and the minutiae-laden.

He pointed out that both Search Engine Marketing (paid advertising) and Search Engine Optimization—in fact, on-line services in general—seem to rely on data sets with conflicting information. I was floored by his understanding, and acknowledged the accuracy of his observation.

And then I explained some things in quite a bit of detail, and as I was writing it occurred to me that this stuff was worth sharing with you. It’s actually a conversation about Influency* and Long Tail Marketing, although I didn’t mention those terms at the time.

Both SEO and SEM require data. Much of that data is the same across marketing disciplines, by the way, but regardless, at Answer Guy Central we feel as though all the data in the world is fairly useless absent real-world experience and understanding of some quasi-artistic/quasi-scientific techniques. One of “our peeps” is a truly fantastic pure scientist, who also happens to be one of those rare guys who, when coaxed out of his scientific cave, can interact really well with more pragmatic types. My skills—and I have the ability to be a “real geek”, but it isn’t quite my bag—lie more on the interpretive/implementation plane. So I take data, find its flaws, and then create something.

Which is an interesting thing to see myself write; I can come off pretty darned certain of “what I know”, and I suppose what I just described is a pretty good explanation of why!

In any event: we seek out and examine data sources all the time, and we also both look at interpretive tools (which are almost always too generic to be of much value when you use just one), and create a few of our own. The interpretive and implementation part of this is ultimately “what we do”, and also the thing I’m describing when I tell clients they can do most of what we do on their own if they have the time and interest.

And we keep coming back to one realization: the “best” data is data that starts with what Google knows and gets tweaked very carefully from there. I could discuss this point in painful detail. I sometimes do—and it’s usually then that geek in me comes out because I missed people’s eyes rolling back in their heads. I’ll try to resist that temptation here.

But Google’s data is very raw. I started to write two very’s, but took one out when I realized that the point I was making is that DATA is “very very raw”; one great example is the kind of data we get from server logs.

For example: If I look at the server logs from Answer Guy Central (and one of the things I use this site for is detailed explanation of things; it’s both about drinking our own Kool Aid and protecting private information belonging to our clients), I see that we’ve had 134,000 visits and 340,000 page views in the last thirty days, with each visit lasting an average of 58 seconds. Google Analytics, on the other hand, says we’ve had 11,000 visitors generating 28,000 page views, with each visit lasting 74 seconds. Remember, please; there’s no advertising here (note: we added advertising in March 2013) and Answer Guy Central isn’t an E-commerce site. In other words,  I’m actually quite pleased with even the smaller set of numbers—and they keep growing.

Interestingly, the raw data equates to 2.54 pages per visit, and Google Analytics’ data comes to 2.55, which are statistically identical. So the two data sources are seeing something that matches, but other things that don’t, and they mismatch dramatically. Who do I believe?

Some years ago, I would have chalked the difference up to Google filtering out search spiders, but I’ve learned, (both because I’ve learned, and because there are some inconsistencies that I can’t ignore) that this isn’t quite the right interpretation. The simplest explanation of that is that when a spider visits, it’s there for a fraction of a second; it never crawls the entire site, but simply enters because something pointed it there, at which point it gets what it needs and leaves. So if all the visits regardless of who/what they are really do average 2.5-ish page views, and yet 90% of our visitors weren’t “real”, then the 74 second real-visitor duration would drop by ninety percent or more when “all” the visits were counted. And yet, they drop by only 20%.

Yet another tool we use shows visit numbers that approximate what Google tells us, but believes we’re seeing only about 1.2 page views per visit. One more actually presents its data in two different ways, with both telling us we have about 20% more visits than Google believes, but the other believing we’re at the 2.5 page views average and the other saying it’s between 1.2 and 1.3.

I trust all these tools for different reasons and will continue to use them until I have a reason to change that conclusion, but trust none of them fully. And what I come away with is a belief that Google’s numbers are “best”. And that’s why our starting point is always Google data.

I hope that’s transparent enough for anyone wondering just how much information we’re willing to share.

This all applies to both SEO and SEM, in different ways. We’ve come across one SEM provider in particular that I’m impressed with, because they’re finding a pretty good mix of the variables by virtue of how they get their results. We’re working on a similar scheme for SEO, inspired at least in part by what this company, Trada, is doing. This may never come to fruition, because SEO is much more artistic than SEM and while we’ve gotten good at getting our SEO people to follow protocol we haven’t yet quite figured out how to bridge the data part with the instinctive and artistic part such that we can then do what Trada is doing, but for SEO, profitably. But we will.

By the way: Trada is partially owned by Google, just as SEO Tool Hubspot is a portfolio company of the search and advertising giant.

I could go on, but I’ve made my point, I think. This Influency stuff starts out as science but eventually needs to be treated in a way that incorporates non-scientific expertise, and that’s why we’ve never offered “standard plans”; in most cases, standard plans need to be applied in too formulaic a way to work for most of our clients.

Seriously, if a prospective client believed that Influency and Search Engine Optimization was as simple as applying standards we’d recommend they do it themselves, using some tool that claims you can just plug in a series of variables. It would be relatively cheap (I mention Hubspot again, here, in deference to the words of their marketing director) and easy enough to handle on your own.

Long story short: We eat, breathe, and live Long Tail Marketing and Influency at Answer Guy Central. When you’re ready to make a crowd of people look up to you as you speak from a pedestal, contact me here.