Basketball in the Cloud? It’s Influency At A Higher Level 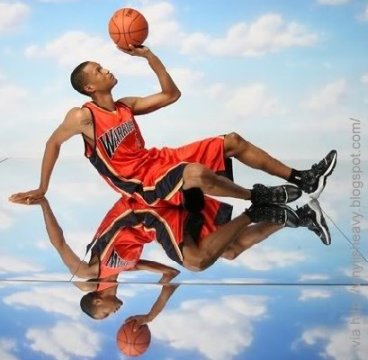 I’m a sports fan, a business wonk, and a computer geek. I play the guitar and love the arts. Like you, I presume, there’s a lot to me, and there’s certainly a lot to Influency*. And a couple of days ago I found a new comparison that gives me a new way to talk about how disparate subjects converge. Influency indeed. So listen up:

Cloud Security has a lot in common with NBA Basketball.

It’s not even that hard to explain this, odd as it might sound at first blush. There’s a lot that goes into “The Cloud“, understanding it, and making it work the way it needs to, to be useful. And there’s very little specialization; everybody does everything and does it well, or nothing works. Influency, and specific form of business change, comes down to that, too; you need to do a lot of things, and do them well, or the end results will disappoint. And it’s not as though pursuing Influency is optional.

Seeing the different pathways is the sticking point here. Sometimes new stuff comes along that you need to embrace—other times, new things are a waste of your time. And after you decide which is which, you still need to execute.

So go ahead (please!) and look far to your left, right, and in every direction for chances to make Influency happen. Bill Maher did it when he spoke about the NFL and socialism. Mark Cuban ‘tried to buy the Olympics’. Jeremy Lin’s run at Linsanity opened dialogs in Journalism. And my old buddy David Aldridge, currently courtside at the NBA Finals, had an opinion when I suggested that he’d become something other than a journalist. Sports may seem to be the only common thread between those stories, but each of them was really about business change. And Influency.

Sounds like a lot to manage? You can handle it, but … literally, it IS “a lot”. That’s why Answer Guy Central is here. When you’re ready to have a chat about this Influency thing, we’re here to listen.