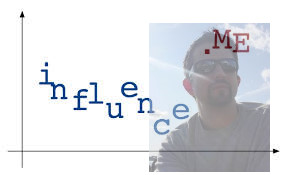 A lot of years ago, even before I was The Computer Answer Guy, I was … well I was the Computer Answer Guy, but we didn’t call it that. This was a very different time; people spent thousands of dollars on computers they understood little or nothing about and they called me to help, most often leading with the phrase “I think it’s time to computerize my business“.

Usually, what they meant was that they had decided to computerize their accounting systems. The practical applications were broader than that (set up a dentist’s billing based on his patients’ procedures, set up a mechanic’s garage based on the repairs he did, etc.), but it all came down to accounting in the end. It was simple.

Over time, computers and the way people use them evolved. Answer Guy Central changed with the market; we became broader-based business consultants. For a number of years, when people asked what I did for a living I would answer “I run other peoples’ businesses“. It was the simplest way I could think of to describe what had simultaneously become a focused and unfocused endeavor, but it didn’t help people understand what I do, and this frustrated me.

So now, we just sell Influency*.

Influency is a word that a couple of us at Answer Guy Central “made up”, although it turned out that Influency is being used elsewhere and ranking for Influency has been a little bit more of a challenge than we thought it would be. But Search Engine Optimization Nirvana notwithstanding, Influency is a great word for describing the goal of Integrated Marketing. Influency is what you achieve when you roll together all the parts that make up your marketing efforts.

As a computer consultant I discovered that I was responsible for my clients’ accounting automation, and as a business consultant I found I was largely a marketing consultant.

Now here’s some absolutely free marketing analysis, presented in as roundabout a manner as that last story:

Today, I came across this article asking about whether Facebook ads had “worked” as a marketing tool for a photographer. The article asked the question from several different angles, with one being the growth in fans for the page during the time the Facebook Ads ran. It pointed out that “The ad generated 43 fans in 48 hours”, which the photographer thought was one indication of the ad’s “success”. But  it also said this:

OK, so: 43 fans in two days. 661 fans—growth of 181— at the end of the period the ad ran. and an hour after the story was run … 693. The growth continued. I can’t prove this, but my money for the biggest contributor to growth was the story about the ad, rather than the ad itself.

Influency happens when you understand the side issues, and know how to get the stories and other things that add more to your presence than ads do.

Yahoo! buying Tumblr isn’t about the legitimization of pornography, but there’s sure Influency happening there. And Influency may not appear to have much in common with coffee, but it does; Influency touches pretty much everything.

Sound like a lot to handle? It can be, but that’s why you hire The Answer Guy. Because really, where else can you find a computer/accounting/business/marketing consultant to boost your Influency?