When a Simple Blog Comment Becomes Part of Influency 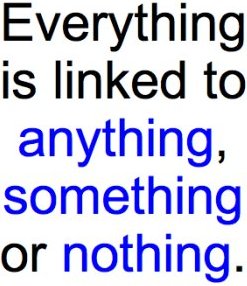 I own what you’re reading here. Or more specifically, Answer Guy Central owns what you’re reading. No, wait: PC-VIP Inc. owns this content, and even if what you read here isn’t always focused in a way you immediately understand, it’s still ours. And that matters.

Last week I wrote this piece about the ‘Everything‘ angle of Marketing—the crux of Influency*, really. In it, I promised to tell you about a content management issue that came up last week when a young developer I know and respect asked that I remove the reference I’d made to her and her work in this piece on the Headway Framework for WordPress. She asked that I remove it for two reasons: the example of her work that I referenced is no longer available, and she objected to my referring to her as an example of why older people are smarter than younger ones.

So let’s lay a couple of things out. First, I don’t actually believe that intelligence is based on age, and it takes just a little research to find out that because many people’s processing power and memory decreases with age it’s actually younger people who are smarter in a literal sense. But when I wrote that piece several years ago I was equating intelligence with experience and I’ll stand by the assertion that there are things that you just can’t be good at until you’ve ‘put in the hours’. The idea of everything you do and say being interrelated is one of those things.

The second thing is this: once something shows up here, it becomes part of our content marketing strategy. That statement applies to the words we write, it applies to comments that our readers post, and it’s part of our privacy policy. And it’s also part of the whole “everything’ issue I’ve written about several times, recently. It’s about optimization, it’s about content management, and where Influency ultimately comes from.

Coincidentally, I received a request over the weekend to remove a couple of comments that have been here since early last year. I presume the person who wrote those comments asked that I remove them because when I allowed another comment criticizing her to become part of the content stream here she was offended or embarrassed. Her comments are staying. The comment I let go through criticizing her is staying. My responses to both people who made this happen and gave me more content to comment on here are staying. Not because I have a point to prove to Linda Schaefer or her antagonist, but because I have a point to prove to The City and The Mayor of New York, and a different one to prove to you.

Everything Matters. And Once You Say Something on The Internet You Must Assume It’s Staying There Forever.

I want the City of New York to see what I wrote in November 2011. Maybe it will matter and help fix the broken City Marshal program in NYC. I want Google to continue to believe that piece is important and show it to people who ask about the NYC Marshal Program.

And I want you to see just how Influence-y Influency can be, and to hear from you. You decide how that communication gets to me.