What’s Wrong With Being Negative? (And The Surprise Answer) 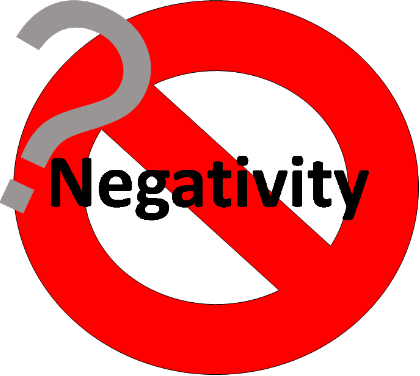 Politicians do it. An old technical writer named John Dvorak made a career out of it. I’ve been known to do it, too. Whatever you think or feel about the idea, negative reinforcement has a place. Applied carefully, negativity works.

Negativity is even being used at one of the original ‘never is heard a discouraging word’ bastions of proper behavior, IBM.

I came across this article in my LinkedIn feed a couple of days ago. It talks about praise versus criticism, and concludes—as has IBM’s CEO—that there are times when, simply, sticks are better motivators than carrots. This is probably an idea that makes you uncomfortable; business etiquette and behavior has been taught opposite of that position for decades, and I can’t think of a single person who, confronted with negative campaign advertisements, for example, thinks they’re a good idea. People I respect, old-school, long-time journalists, have told me that what I write here is often good enough to belong in national newspapers and magazines, but I should stop focusing on negatives if I want it to be ‘picked up’.

I suppose I’ll continue writing here until those ideas change, then, because I agree with Virginia Rometty; until you’re willing to talk about the things you see that are wrong you can’t begin the process of creating new things that are right.

This was the thought behind creating The Answer Guy’s Verizon Wireless Customer Service Wall of Shame, where we’ve enshrined some notable companies for the way they do business. Two of my favorites are Nissan of Manhattan and Virgin America Airlines. The Nissan piece is one of the most popular articles we’ve ever published here, and as of this writing the article about Virgin America Customer Service is the most-commented-on article at Answer Guy Central, and if you search for ‘virgin america customer service’ you’ll see that we remain, almost a year after the piece on Virgin America was published, on Google’s first page of results: 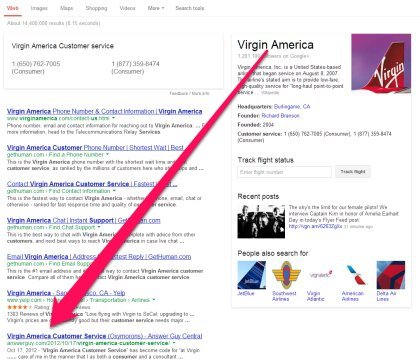 Speaking, of course, to our Influency, and also to the general idea that discussions about taking the high road in all cases are specious if you’re after results.

I’ve picked on NBA Analyst David Aldridge’s standing as a journalist. And David noticed, and we got traffic. I’ve suggested that Julien Smith is a better motivator than Anthony Robbins. I’m certain Julien liked that more than Tony did. I’ve crammed a stick down the throat of Zuma London while feeding a carrot to The Lanesborough Hotel. And while I pointed out how difficult upgrading and getting accustomed to Windows 8 can be, I’ve also come out and praised Microsoft’s overall effort in delivering a pretty darned good operating system—itself a going-against-the-grain-of-conventional-wisdom position.

None of those stories would have been possible without “resorting to negativity”. All had positive goals behind them. And writing and constructing them in a specific, optimized way added to our Influency*.

Get the picture? Negativity isn’t bad unless you’re just venting. When you harness negative reinforcement, you create a lot of positives. And yes, Influency, requiring attention to everything, includes recognizing that.

Let’s Talk About It.