The Influency Problem in Free WiFi 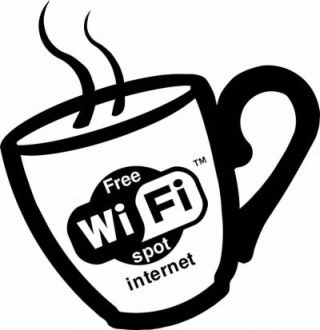 I love free WiFi. I’m out a lot, and having recently given up my long-guarded unlimited data plan from Verizon, I’ve become more aware of how much data I use and who has great WiFi when I’m running around. My mobile phone automatically flips to WiFi and logs me in when I’m in the range of the WiFi services I use regularly, by the way, so the whole thing is incredibly easy to manage.

But Free WiFi can be a bad thing. Free WiFi creates, but if mismanaged then breaks, Influency.

That ambiguity is a huge problem. Influency is the Holy Grail of Marketing; when your customers, clients, and prospects see you as intrinsically important, you’re golden, but when you promise something and it behaves in a way other than people expect everyone is worse off than they were before you tried to engage.

Über-marketing guy Seth Godin got me thinking about the free WiFi problem this week when he wrote a quick blurb about what “free” really means. As Seth put it, “don’t worry about how fresh the mashed potatoes are, after all, they’re free“.

If I attract you to my restaurant by promising free Wi-Fi that Wi-Fi needs to perform in a manner that passes mettle once you get there and start using it. Anyone who’s used Starbucks’ WiFi when there are other people trying to do the same knows what I mean; way more often than not Starbucks WiFi is awful. They’re addressing this, by the way; Starbucks is in the process of switching Internet providers. And Starbucks’ WiFi isn’t the only thing they give away that under-performs; Starbucks’ Android App is so bad, I use an App from a third party instead—even knowing that I could be opening up a security hole on my Starbucks account by doing so.

Starbucks, in other words, has lost their Influency over me, and they’ve done so by giving me something! Doesn’t seem right, does it?

I mentioned this a while back when a particular Panera Bread couldn’t make their WiFi work. Starbucks’ WiFi always works, if slowly, so at least when you drop into Starbucks you get what you expect—so long as your expectations aren’t very high. And there’s a paradox here; it’s a bit uncomfortable—even ungrateful—to complain about something that’s free. But if the mashed potatoes are bad, you’ll likely view the entire buffet as bad. Giving away ‘free Wi-Fi’ that isn’t any good is just … not … OK.

There are different ways to swing Influency back in your favor. Starbucks is doing the right thing by switching to a faster connection than they have now, and because the congestion of Starbucks’ Wifi is at least partially self-managed by the size of their stores it might stay OK. I’d like to believe that occurred to Starbucks when they decided to make this switch, by the way, although more likely they just yelled “MORE!” and Google came to their rescue. But Free Wi-Fi is like that; there’s the intent, there’s the result, and they both matter. Get either wrong, and your Influency is shot.

Think this sounds like a lot to manage? Here’s a simple Influency solution that works, every time: Contact The Answer Guy.