Inside Jason Calacanis, and Misplaced Influency 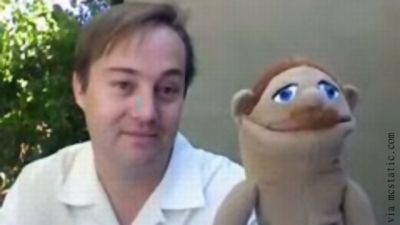 In my last post I promised you more about Jason Calacanis’ new venture inside.com. I believe that Calacanis is missing the boat—as his previous media foray Mahalo did—because inside.com has no chance to make real Influency happen. We’ll get there in a moment; but first, a timely aside about Google, Influency, The Olympic Games, and Human Rights.

The Olympic Games are “supposed to be” apolitical. It’s naïve to believe that the Olympics actually are as pure as we make them out to be, of course, or even that such a construct exists in the real world. But reference to the ideals from which the Utopian idea stem are actually part of the Olympic Charter, and Google quotes them in today’s Doodle commemorating the opening of the Sochi 2014 Games: 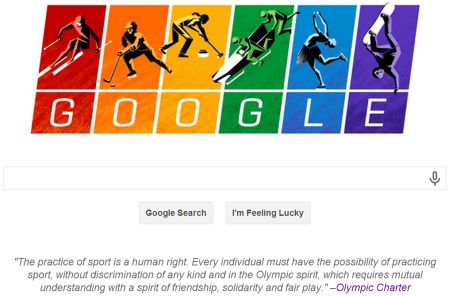 Google’s being political as can be in their apolitical position. Not only has the world’s leading purveyor of Influency  gone outside the box by including a long passage of words on their home page—Google never does this—but the Doodle itself is a political statement; Google is supporting Lesbian, Gay, Bisexual and Transgender Rights, constructing a Doodle blending sport and the LGBT Rainbow Flag. I have no position on Google taking a political stand, save to point out yet again that Google’s as powerful and often more so than any officially political entity. No-one is more able to practice Influency. And I both support the LGBT community and abhor the now well-documented position the Russian political machine takes toward it.

Sadly, it seems that there are quite a few people trolling the Intertubes who disagree with the first half of that. Among other places, there are a huge number of people practicing overt hate speech about the Google LGBT Doodle, here (link is very NSFW). And this is where we transition back to our discussion of Jason Calacanis’ Influency mission for inside.com.

Just as there are hate-speech practitioners everywhere, people with positive outlooks also tend to gravitate toward each other. And unless you’re Google, Influency only happens when you’re in the places where your people hang out. McDonald’s and Coca-Cola don’t advertise on PBS, for example, because people who want fat-and-sugar-heavy foods and can be influenced by commercials that they or their children see are far more likely to be watching … something else.

Here’s the (truncated, but not edited)  note Jason Calacanis sent me announcing the launch of inside.com:

First, there’s reality: inside.com will run from any browser on any computer. Unless Calacanis is taking his cues from Apple, which lied about Siri not being able to run on anything other than an iPhone, this misdirection seems odd. Then again, inside.com has been launched with an iPhone App but none for Android, so maybe that’s exactly the point. Want to see inside .com on your computer? Click Here.

Next: Calacanis’ announcement complains about link-baiting and reblogging. Take a look at inside.com; it’s nothing but reblogging, and while a debate about link-baiting would go nowhere useful, Jason Calacanis can make any statement he likes about the value inside.com adds to the news acquisition formula. But statements and truth are two very different things.

And by the way, there’s nothing unique about the idea behind inside.com. Flipboard has been combining aggregation with implied editorial selection for years.

The question about inside.com becomes this: who exactly are inside.com’s people? And while the question itself is mostly rhetorical (answer: Jason Calacanis fans, and nobody else), there was no need to replace Mahalo with inside.com unless there’s something about inside.com that’s less like a content farm and therefore less likely to incur the wrath of Google. And there isn’t.

So after all of that, inside.com rolls out as something that Jason Calacanis believes will trick Google (nope), will trick you (nope) and that’s unique (nope). Inside.com is an attempt at manufacturing influency, without the benefit of anything to be influential with or about.

As I said above: the only people on whom this brand of influency works are the folks who you already have in your pocket. Example: Facebook introduced the also-not-terribly-interesting Paper as their entry into the control-what-you-read market this week; but Facebook has over a billion people to push Paper at.

While this might sound like a rant against Jason Calacanis, Jason, if you read this … it isn’t. I think you’re missing the point about journalism versus aggregation, and take issue with that mobile-only positioning for inside.com. But more than anything I’m talking about the idea that inside.com or anyone can beat Google simply by avoiding the great race for links. Influency isn’t that simple and the optimization component is changing, but … not this way. On the other hand: if inside.com can find their tribe, they have a shot. Of course, even AOL isn’t pulling off that one.

Enjoy the Olympics (fight the power!). Find ways to save time, even if inside.com isn’t one of them. And if you want to talk Influency, I’m right here.