What You Want To Read, and The Content Your Targets Want 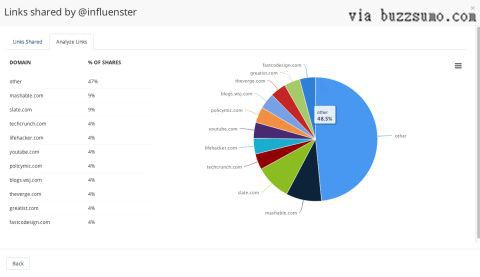 There are lots of problems with the way Facebook handles content in your news feed. And like bait might be the least of them. Tricking you into liking something, for example, is way worse—especially when your like becomes an endorsement and permission to spam your contacts. But what if Facebook’s position on like bait—specifically like bait that asks for that like—is wrong? What if being told what to like is exactly what people are looking for?

It’s a difficult question to address with a single answer. On the one hand—and I’m not going to cite anything other than your intelligence on this—people do like being part of packs and by extension people like being told what to like. On the other hand, with the Internet evolving past the relatively simple art of Search Engine Optimization to more complicated Content Marketing, content publishers like Facebook are rightly concerned that the content they want you looking at is more prominent than that which is pushed by others—especially if you clicking a like button reduces their control over you.

At some level, then, you should expect Facebook itself to tell you what to like and rearrange your content feed, even if them doing so is in their favor—even if they benefit at your expense. The problem with Facebook’s approach is that it’s trying to alter hard results but is really making mistakes that play to your expectations. Facebook wants to alter the social context of the content you see, which is fine as long as you believe Facebook knows more about you, your friends, and the way you relate to each other than you do. I’ve never met anyone who believed that, by the way. And I’m pretty certain you haven’t, either.

It comes down to something called “best practices”, knowing when conventional wisdom on best practices is wrong, and trusting yourself to make the right choices on when best practices should be used—and when they shouldn’t.

For example, when you click many of the links on stories here you’ll find that we’re directing your browser to open new windows on the content we point you at. That’s widely considered not to be best practice. We reject this. Do some people wish we didn’t give you the Internet equivalent of picture-in-picture? Sure. Do we chase people away because we’re offending them by helping them stay here rather than relying on them to remember to click backward? Unlikely.

And by the way: see the advertisements next this article? Click one, please; we want the revenue … BUT ONLY IF THE AD INTERESTS YOU

Wait; did I just try to unnaturally influence your behavior? I might have, except “industry best practices” say it’s OK to show those ads, FCC regulations say I can show you content and even be paid to create it as long as I disclose that I’m being paid, and the rules Google has in place for running Adsense advertisements say I can’t encourage you to click them unless you’re interested in what they are selling. In fact, Google’s Adsense policies go so far as defining what it means to “encourage clicks” and I’ve obeyed those policies.

In other words, Google is also trying to control what qualifies as good traffic modeling, versus bad traffic modeling. Problem is, despite being Google, they don’t really know what that means. That’s right; Google is bad at SEO. How bad? When I was researching this article I searched for images related to the phrase what content do your targets want to see? and Google gave me this: 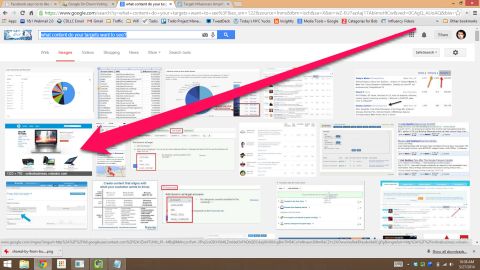 The image being pointed to is an advertisement for computers I can buy from an e-commerce site. It doesn’t remotely relate to what I was asking about. And while the site that made that happen played the system, this particular search result broke because Google handled it the wrong way. And image searches resolve differently than word searches, video searches, etc., etc., etc.

In other words, everything is content marketing, we’re all trying to get ahead, and it’s what people want and signal they want that matters; not what someone with a horse in the race wants them to see. And Facebook’s new policy is all about promoting their horse—not giving you better content.

Got all that? Wanna talk about it some more? I’m right here.