Intellectual Property: The Internet Has No Laws 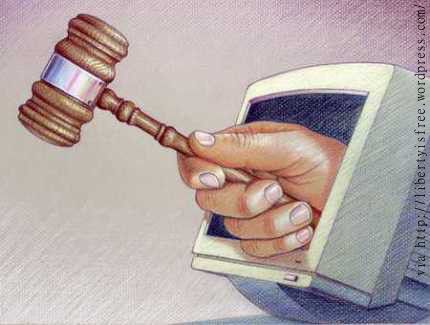 Most times if something you read begins with a disclaimer, you can ignore it. Well, I’m not an attorney, but you’re going to want to stick with the following legal ramblings because The Internet Has No Laws.

There have been several developments in the last couple of weeks that mold the way certain people and certain companies will need to act under certain circumstances, in certain places. That sentence itself contains too many disclaimers to make it mean very much except for this: On the Internet, nothing is certain, and things are getting worse.

Yesterday, one of the founders of The Pirate Bay was arrested after a couple of years avoiding a jail sentence passed on him in Sweden. Ironically, Peter Sunde, who’d been outside his home country during much of that time, was apprehended under an International arrest warrant while in the country from which it was issued. But a person incarcerated in his own country for a crime for which he was convicted there isn’t even interesting in the face of the other legal issues that The Internet creates.

Let’s talk about Taxes, Net Neutrality and “The Right to Be Forgotten”.

That Right to be Forgotten issue is the most intriguing one, because it literally means Nothing. At. All. Except in the European Union—and honestly not there, either. But we can start with the other two.

The fight over Net Neutrality, an idea that I’ve been writing about for several years, is coming to a head here in the USA, where communications companies have been maneuvering to get both lawmakers and quasi-enforcement groups like the FCC to do things their way for way longer than that. I strike through the word phone and the prefix tele on telecommunications with a purpose; the Verizons  and AT&Ts of the world have been doing their best to get themselves classified in whatever manner suits them best for several decades and the battle over Net Neutrality is almost entirely about disingenuous misdirection on this count. Google’s helped in this ruse, but managed for the most part to look like they’re on real peoples’ side (they aren’t).

The FCC is attempting to re-regulate data, but aside from what will be largely meaningless concessions the all-but-toothless organization will very likely succumb under the burden of its neither-powerful-nor-brave-enough position. It’s an amazing example of just how dysfunctional American government has become, described very well by British Comedian John Oliver:

The intersection between whatever happens with Net Neutrality here in the USA and what happens elsewhere is one of those “the Internet has no laws” issues that will be decided by the de facto reality that whatever happens in the USA will guide the practical evolution of what happens everywhere else. Taxes are evolving similarly, and while this French Internet Tax was a quick diversion from reality in 2010, issues over sales taxes being charged across state borders back here at home are more important. Amazon’s been negotiating with multiple jurisdictions for quite a while, and the end result is looking more and more like a national sales tax is on the horizon, just … because.

And now, back to The European Union.

A court in the EU, which in its way is very much like the FCC in that its ability to pass laws is subrogate to what should be smaller and less powerful entities, has ruled that people have “the right to be forgotten”. It’s a funny thing to refer to as a “right” under any circumstances, made all the more so that it appears to have been aimed at , , GOOGLE, and is only meaningful when searches are conducted in the EU, which means on EU-focused versions of search engines.

Which means absolutely nothing unless each of the EU member nations makes it illegal to use search engines located outside the European Union and enforces such laws—say in the manner than countries like China enforce their more totalitarian edicts. It’s a simple manner to use other countries’ search engines as I did telling you this story about our rank for the word Influency.

Which of course makes Influency and protecting your Content and broader Intellectual Property more complicated. Feel like taking a step to simplify the way you manage IP?