Spending Money to Get Customer Service: A Winning Strategy 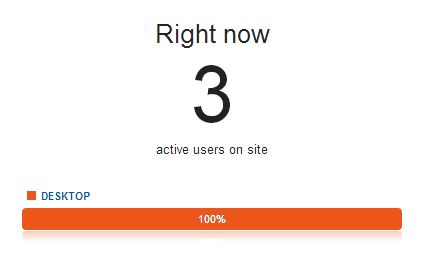 If you missed me last week, it’s because I did something very stupid … followed by something smart. First, I trusted a company that deserved no such trust, and then I started paying them a lot more—just so I could get customer service.

There are two important lessons in this story. The first is that customer service matters. Yes, it matters more under some circumstances than others. But if you buy a service that might require customer service and opt to go cheap as a trade-off for there being none, you’re making a mistake.

The second lesson is about drinking your own Kool-Aid; we recommend and sell services that can seem to be replicated for a bunch less than we charge for them. But the competing services generally don’t included customer service. And great customer service is worth paying for.

On June 4, we started seeing large performance issues at Answer Guy Central. Some of our other sites were slowing down, too, including PC-VIP and Video Network One. The affected sites had two things in common: they all run on WordPress, and they were all hosted at 1and1 Internet on a shared server. “Shared Server” means two things; there are multiple web sites running on one computer, and multiple companies hosting their web sites on it. Shared servers are what makes it possible to get a web site online inexpensively.

The opposite of shared servers are web sites like Google, which are so busy and used by so many people that one web site needs to be hosted across an array of many web servers.

There are many options in between, but generally those are thought of as using either a Virtual Server or a Dedicated Server. With a Virtual Server (VPS) you still have multiple businesses hosting their web sites on one computer, but each business gets a guaranteed slice of that computer’s power, meaning that only as many VPS setups as the computer has room for are possible. On a dedicated server one company leases a computer and only their web sites live there.

Why don’t you just buy a computer, throw it in a closet, and hook directly to the Internet? Some businesses still do (once upon a time everyone did), but it’s much easier to trust the nuts and bolts of hosting to someone else, almost always less expensive, and way less likely to result in catastrophe if something goes wrong.

Unless when something goes wrong at your server host you can’t get customer service.

Until you introduce customer service to the equation there are basically two variables that determine what level of hosting muscle you need: cost and an understanding of how much power is enough to suit your needs. In the early days of Answer Guy Central I tried several hosting companies. We landed at and have stayed with 1and1 Internet since 2004. Back in the day shared hosting provided more than enough oomph to handle our needs.

Truth is, it still does. Answer Guy Central pulls about 1,000 daily visitors, and while the overall load on our combined web site portfolio is close to 50,000 page views daily, the way computers and the Internet work living in a well-run shared environment that volume isn’t even close to a problem. Here’s the server load on our (now former) 1and1 shared server:

It’s only a three minute snapshot, but I watch the performance of our sites like a hawk and so I can tell you that with the exception of a period lasting a few weeks about a year ago our shared hosting server at 1and1 always ran in the three percent load range. How many web sites are hosted on that server? Round number: 400. You can check what other websites live on your server using this tool.

Sounds odd that a big company in the hosting business would set up a shared asset in a way that only uses 3% of its power, but there’s more to it than that; just assume that with 400 web sites hosted in one place there are a lot of things that can go wrong. But since Answer Guy Central at 1,000 daily visitors is actually more popular than all but the top 1% of all web sites assume also that most of the 400 other web sites have far less traffic and so use far less power than we do .

On June 12, 1and1 set us up a dedicated server and we began moving our sites to it. That job is almost complete. Here’s CPU load on the new dedicated server that we are now leasing from 1and1 Internet: 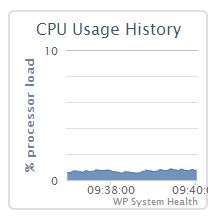 It’s less than 1%. So now we have our own server, for which we pay many times more than what we paid for a 1and1 shared hosting package, and we’re under-using its abilities dramatically. Which sounds like a terrible deal, right? It’s not; with a dedicated server from 1and1 we also get dedicated support, from actual server experts who answer the phone when you call in. In other words, I bought way more server than we need so I could get customer service.

And that’s what this story is actually about. Customer Service and technical support at 1and1 Internet’s shared hosting division basically don’t exist.

Actually, this story isn’t about 1and1’s lack of customer service so much as it’s about “lesson 2”, above; you need to drink your own KoolAid. As someone who sells services with values determined by what we provide our customers, I don’t get to blame anyone else for having gotten what I paid for. I have a solid rationalization in that I don’t need more server capabilities than shared hosting at 1and1 provides, but I completely whiffed on the fact that I could get better service and that was what I was buying by upping for more server power.

I’d like to say that 1and1 never told me this. Literally, they didn’t. But over the years when I’ve contacted 1and1 customer service with problems large or small I have been told one thing pretty consistently: “we suggest you upgrade your service plan”. What never occurred to me as 1and1’s answer to their service under-performing both its capabilities and in some cases basic merchantability was that the message wasn’t, as I always heard it, if our services aren’t good enough for you than you should buy more services so much as our higher cost services aren’t about higher need so much as they include enough customer service to make them worth buying.

Bringing us to this week, and the reason we’ve renamed The Answer Guy’s 1and1 Internet Customer Service Wall of Shame.

I mentioned above that the problem at 1and1 shared hosting started on June 4. Between then and June 6 I did every kind of diagnostic I could think of before contacting 1and1 and letting them know there was an issue. It took some effort to get to a person who understood enough about how servers work to get an acknowledgement that the problem was in fact in the 1and1 shared server and not a matter of something going wrong either on our side of things or inside WordPress. The obvious fix at that point was quite simple, and something that pretty much everyone has heard when dealing with a technology company: “reboot the computer”.

Because 1and1/United Internet is a huge company, “reboot the computer” isn’t simple, and because there were those other 400 web sites running on our server it’s fair to say that simply rebooting isn’t necessarily fair even though it was clearly correct. I was told that a referral up the support food chain had been created and all we could do was wait.

I waited until the evening of June 8 when I arrived home from a dinner at which I’d been offered an investment in Video Network One. Knowing that I was likely to be researched in the aftermath of that offer I decided that I couldn’t wait any longer for 1and1, whose customer service shortcomings had spilled over into technical support failure. I called 1and1 sales and placed an order for a dedicated server.

I was told that installing the server would take between “zero and four days”. That’s a huge range, of course, but remember that I was placing the sales call on a Sunday night, when I had no reasonable expectation of immediate assistance. I crossed my fingers that I’d wake up on Monday morning with a working server.

Nothing on Monday. Nothing on Tuesday. Wednesday came and I called to inquire as to status. I was told that things were held up because 1and1 didn’t have the correct hardware in stock and was asked to wait until Thursday. I opened a ticket with 1and1’s executive support team, pleading for help of any kind.

On Thursday June 12 I called the 1and1 dedicated server support department and was told that the hardware still wasn’t in stock, but that if I was willing to upgrade to an even more powerful, more expensive server they were available and should be live and ready to be worked with in four to eight hours. Yes, please!

Exactly four hours later I had a live server, and 73 minutes after that my 1and1 dedicated support person had transferred all the files from our shared 1and1 server to the new server. We weren’t in business, but we were in a position to start getting there.

Do you see the breakdown? 1and1 shared hosting support may be atrocious, but they’re paid to be atrocious—and, it seems, do upsell to more expensive servers in lieu of providing customer service. I had no real reason to be confident in the attentiveness to detail of the 1and1 sales guy working a weekend night shift. I’m a little surprised that the 1and1 salesperson who told me about the server hardware availability issue on Wednesday didn’t have the foresight to try and do the second server upgrade right then, but maybe 1and1 sales doesn’t have access to availability—and maybe, just as 1and1 shared server support isn’t informed enough to provide out-of-the-ordinary assistance, 1and1 sales is kept in the dark about provisioning issues and could only read the progress update on my account. And 1and1’s so-called executive support team? They responded to my plea for help on Wednesday morning … on Friday afternoon.

No part of 1and1 customer service worked until I reached a server person who took it upon himself—remember, this isn’t his job—to actually provide support, and see it through. Several 1and1 support people at different levels simply didn’t care enough about support to provide support to a customer who’s been with them for ten years. And two salespeople dropped the customer service ball, too, or didn’t have access to the information they needed because 1and1, steeped in a culture of not providing customer service, hadn’t made it available to them.

In many ways, the correct way to handle 1and1’s customer service failure would have been to leave them altogether. But remember that United Internet/1and1 is the largest company of its kind in the world; leaving them sometimes makes sense, and 1and1 has screwed up a few other things, but there’s pretty much no way to beat 5 hours and 13 minutes to do what the 1and1 dedicated server support person did for me.

You, on the other hand, are probably not in the same position as 1and1/United Internet; until you achieve the ubiquity of Influency if you screw anything up the way 1and1 screwed up for me, your customers will leave you.

Getting your marketing and customer service built to where you need them and aligned is what we do here, so contact me if you’d like to explore how that works. But whether we ever do business together or not, please take a bit of free advice (lesson 1, remember?): customer service matters. It matters when you’re the customer, and it matters to your customers.

And customer service, whichever side of that you fall on, is worth paying for.