Terrance and Phillip: Way Smarter Than A Canadian Judge 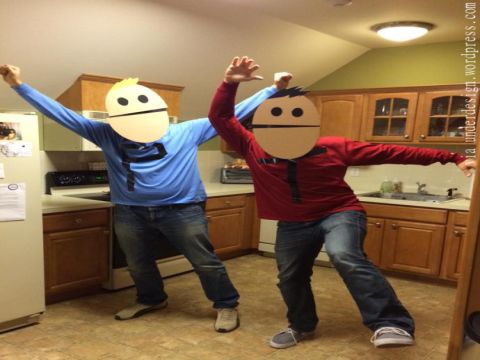 My post on The Washington Redskins and Trademarks has created a bit of a storm. An old friend basically called me childish, and … he may be right. In response, today I present Terrance and Phillip, two characters from South Park who were designed as idiots. Specifically, Canadian idiots.

And yes, I’m about to use a cartoon that—while smart on many topics—relies on copious fart humor as a staple to point out that Mr. Parker and Mr. Stone may have gotten it right when they decided to characterize Canada as full of really, really stupid people.

Last week, a Canadian judge—yes, a judge—ordered Google to remove all search links,  worldwide, to a company that for the moment is operating with less-than-stellar privileges in The Great White North. Let that sink in for a moment.

When The European Union decided that people there had “The Right to Be Forgotten“—a ridiculous idea, but still—there was no attempt made to broaden the breadth beyond Europe. I’m sure that wasn’t a matter of restraint so much as pragmatism; laws simply don’t apply outside the jurisdictions in which they are created.

Apparently, this Canadian judge was absent the day they taught law in law school (thank you, Aaron Sorkin).

It was dumb enough that Canada’s finest mind attempted to write International law, and was made worse when she specifically applied her ruling to Google, and only to Google. Cool. Not only does her ruling “apply” in places it does not, but it’s specifically discriminatory.

As the piece I link above points out, it’s possible that Miss Canada was simply being lazy; she issued an order she knew couldn’t stand both knowing that it couldn’t and hoping that Google would simply play along.

Sorry, but let’s say it again: on the Internet, everything matters. Remember when I told you about the US law that may have outlawed reselling software, and how the judge in that case has actually written in his decision that what he’d just decided probably was wrong but would require a new law be written if it was to be overturned? That was almost four years ago, No law’s been written, and … software is still resold.

And that’s how the Internet works. Here (NSFW) are the previously stupidest Canadians. Enjoy your weekend: