The Shape of Business Change 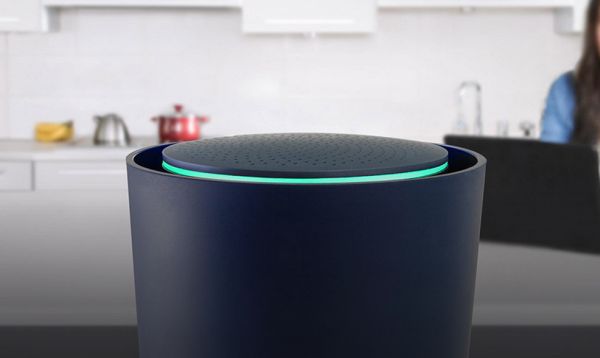 This isn’t as trivial as it might seem. Whether we’re talking about coopetition or the shape of your new devices looking at things without assigning hard edges is huge business change.

The “shape of business change” angle is far more interesting than the device Google’s introduced to change the way you do business with your home WiFi. In fact, the new Google OnHub Router doesn’t add much of anything to business process it purports to be improving.

It sure does look nice, though!

To be fair, Google isn’t the first big, influential company to put out a cylindrical device, so let’s give the shape of business change credit where credit is due; The Amazon Echo and Apple’s latest Mac Pro change the shape of business change, too. And while the Mac Pro’s shape is all about style, both the Echo and the OnHub are round because having microphones or antennas that face in many directions help Echo to hear you better, and OnHub to broadcast to you more efficiently.

But is the Google OnHub actually the better router it claims to be, or is this shape of business change story little more than a pretty picture?

As the comments at Google’s announcement of OnHub suggest, the latter may turn out to be the truth. Google’s OnHub is a best-in-class router, but despite its updateable-software design, there’s not really anything revolutionary about the OnHub aside from its shape; other current-generation routers are just as fast, and as I learned a couple of weeks ago when we moved Answer Guy Central and changed Internet Providers not really in need of anything special, configuration-wise; the not-at-all-sexy Arris Router that Time Warner Cable provided to accommodate our new 200 mbps service works, and works well, out of the box. 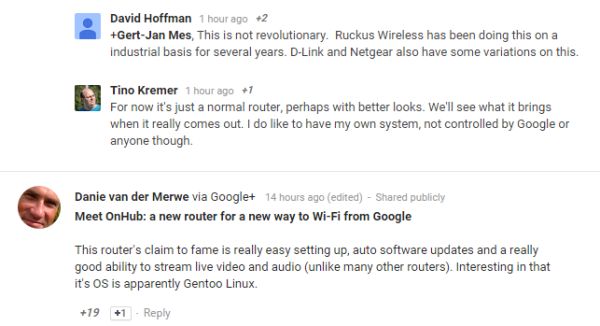 So is the shape of business change just a marketing gimmick?

As I said above, no, it isn’t JUST a gimmick; having antennas that point in many directions is useful. But there are going to be very few people who actually need what the Google OnHub router offers, and it will actually be detrimental for some people. For example, if you think you’re going to replace the router from your cable company with an OnHub and save the monthly rental fee you’d better not need wired ports; the OnHub has just one. And yes, speaking of the shape of business change many people don’t need those. But what if you’re running an IP Telephony device like an OOMA (as we do)? Ethernet connections aren’t really obsolete, and aren’t going to be for at least a few more years.

The shape of business change may well be round. But knowing when it’s time to start drawing those circles—or even when it’s time to break them down—isn’t always obvious, and certainly shouldn’t be driven by the flow of the marketing machines at big companies like Google.