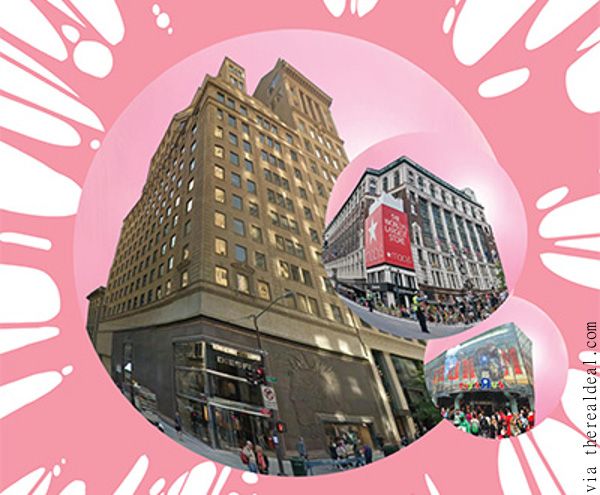 In two weeks, Donald Trump will officially be the leader of the free world. I use the word “officially” because he’s been treating his upcoming inauguration as a formality since he was elected. Whatever your politics or however you feel about this particular egomaniac’s fitness to govern, it’s time for some analysis. Let’s talk about What Donald Trump Doesn’t Understand.

My guess is that Donald Trump has nowhere near the $10 billion net worth he claims. But whatever he is worth and whatever you think of how he got there Mr. Trump is clearly successful.

One of the business ideas I preach regularly is that 95% of businesses do 95% of the same things 95% of the time. But while that sounds like—and generally means that—a smart business generalist can run pretty much any business, it leaves out one important thing. When you’re a hammer, everything tends to look like a nail.

While it might seem otherwise, these two issues aren’t at odds. Most businesses truly do have much in common, and great businesspeople can admit when they’ve strayed outside their comfort zones. The second part of that is what Donald Trump doesn’t understand.

I’ve been struggling to define what Donald Trump doesn’t understand, and this thought finally dawned on me today when I came across an article at The New York Times: Where Trump Sees Economic ‘Disaster,’ Experts See Something More Complex. It was a good morning for The Times and me; department stores have now slid past merely being in trouble, and Amazon is opening a bookstore in Manhattan.

What Donald Trump doesn’t understand is that his vast knowledge of the real estate business doesn’t translate to other businesses very well.

I’ve owned a few rental properties and say all the time that the landlord business is a terrible business to be in unless you’re actually in that business. Well, here’s the flip side: last year, I negotiated a commercial lease for a client on a small retail space with a landlord who I took to calling a professional asshole. I meant it as a compliment. His response to pretty much anything was either to say no, or to lie about his intentions. This guy is very successful in the commercial real estate business but pretty darned unprofessional, otherwise.

That’s Donald Trump in a nutshell. What Donald Trump doesn’t understand is that he’s not just in the real estate business anymore.

Worse, while the commercial real estate bubble may burst, the government bubble cannot. 95% of businesses may do 95% of the same thing, but this hammer must not drive the wrong nail.

Now ask yourself: do you know when you’re straying from 95% mode to hammers-see-nails?

Not sure? Think you can use a hand with that?