When Are Google Forced Standards a Good Thing? 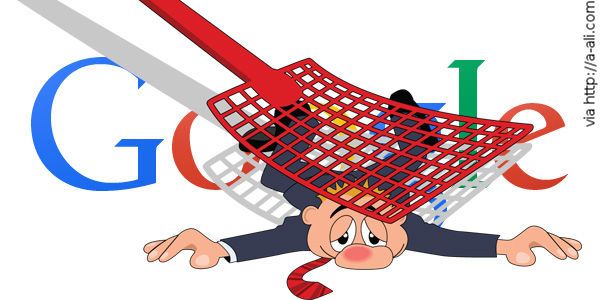 There’s a place in the world for standards. In fact, there are lots of places where standards do everybody a ton of good. But when someone else forces a standard on you for reasons that may or may not work for you, standards feel pretty much like being whomped by a fly-swatter. And recently Google let on about some new Google Forced Standards that you might not like.

It’s far from the first time Google’s foisted a new standard on the world. Making H.264 Video All But Mandatory worked out well enough, and Flash certainly needed to go away. But for every example of good Google Forced Standards, there’s a bad one or three in the background. When Everything Isn’t Good Enough we’re all stuck scratching our heads, and some of the new standards built into Google Pixel phones are hard to explain.

So imagine my surprise when I came across this piece at Tom’s Hardware. Or my non-surprise. We’re about to see a few new Google Forced Standards, and while most are OK, one is certainly not. If you use Google Chrome, you’re about to be forced to read PDF files inside that browser:

Think about that for a moment. The world’s all-but-de facto browser is going to force you to make it your PDF reader. Sometimes. It’s neither a real “standard” nor a necessary change, and Google is forcing it on us by pretending it’s a security fix. The “google forced standards” issue is bad enough, but since there’ll be nothing to stop you from using PDF files that are already on your computer outside Chrome the “security fix” is illusory.

And that’s where Google Forced Standards (or anyone’s; I’m looking at you, Apple) become a problem.

The issue, of course, isn’t the standards themselves, nor Google’s unique position to declare them. This is Google’s world, after all; we just live in it. And I’m not going to get preachy about unfair advantages, abuse of power, or monopolies.

The problem with Google Forced Standards is that Google often doesn’t understand how the real world works. And sure, that’s part of the point—they’re trying to change how it does. But too often, they miss the mark.

Worse, even when Google manages to implement a change in a way that doesn’t hurt anyone, there are side effects—and ways around the changes. You can bet people will figure out how to get web-accessed PDFs out of Chrome. So what was the point of that standard, again?

Google is in a different position than anyone else, and they can do whatever they like. I happen to have been on the phone with our web host today, examining a standard they’re rolling out. The supervisor I reached after too hard a fight admitted they’ve missed the mark on their new “standard”. Worse, they missed the mark on how they explain it. But they understand the former and are working on it (the latter, sadly, will likely remain a problem).

They aren’t Google, but they’re way bigger than you, or I. Meaning they care more about losing a customer than Google does, but … not by much. Now, what about you?

Our clients tell me over and over how hard it is to connect with customers. Know why? Because if you don’t build all of your business processes beginning with the need to make connections, they’ll eventually break down. You’re not Google. You’re not United Internet. You can’t afford that.

Building and rebuilding business processes is what we do. Want us to take a look at yours? It’s free; just reach me here.