Are Universities The New VCs? Should They Be? 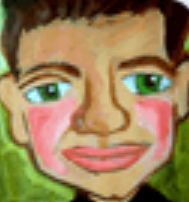 Last week, the world’s richest movie pirate asked something that helped illustrate how he got to be so rich. Fred Wilson of Union Square Ventures, about to add somewhere north of a billion dollars to his company’s coffers via their early investment in Twitter, posed the question Are Universities the New VCs?

I’m kidding about Fred being a movie pirate, of course, although Mr. Wilson has advocated for copying movies under certain circumstances in ways that movie studios would dislike. But I’m serious about the importance of his question about universities being the new VCs. Education doesn’t merely need to change; it’s changing. And while the idea of Universities becoming Venture Capitalists—on the backs of their students—might seem ugly, it’s certainly not a whole lot different from the situation that exists with amateur athletes. Although this being a new world, student business people and inventors have more leverage than their ensconced-in-an-existing-system athletic brethren enjoy.

But Fred might have addressed the topic from the wrong angle. Writing, himself, against a piece from The New Yorker, Wilson asks: If the university is a farm, do the students become the cows?

And sure, if universities did land grabs in the way companies often do, claiming that anything created under their auspices belongs to them, there’d be potential for students to become what amounts to two-legged livestock. But the article Fred’s story was based on cites the way things are being done at Stanford University, where student companies are being invested in by their school. Literally, Stanford is doing exactly what Venture Capitalists have always done; operating capital is traded for what inventors hope is a fair equity position in their fledgling companies. When it works, these are well-paid cows.

So let’s  hope that no reputable institution of higher learning would have the audacity to act like a land baron and rip off its students. Recalling that students attend universities to obtain an education the question then becomes is this a valid educational technique?

You bet it is.

With an unsettlingly high percentage of students who obtain college-level degrees—or higher—finding themselves unable to procure work in the way that people of older generations did, it’s reasonable to examine higher education as a form of trade school. What’s the trade that every university needs to teach every student? Entrepreneurship. And just as there are different courses of education taught at most universities, there are different kinds of entrepreneurship.

Usually, the word “entrepreneurship” conjures businesses building something. It starts with an idea, and your team takes whatever you’ve dreamed up to the next level, and the next, and the next. You build something, pretty much from nothing. It’s a lot of I-dotting and T-crossing, and like Influency, Entrepreneurship requires you to do a bunch of things right, after first figuring out what those things are. Educational entrepreneurship is much the same, and whether or not you get funding for an idea from the university where you learn to think, learn to think and then try to build a business, or take the closest thing to a conventional career path and seek a J-O-B, sooner or later you need those entrepreneurial skills; you need to create your own Influency by learning to be Influence-y.

You need to be educated in entrepreneurialism.

Feel like you’re too late? Never. Contact me here, and let’s talk about building both your Influency and entrepreneurial business model.