ABOUT THE ANSWER GUY 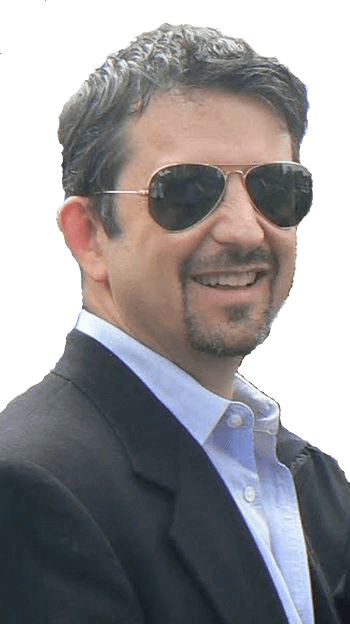 WHO IS THE ANSWER GUY?

Jeff Yablon is a computer geek.

No, not really. Jeff isn’t a geek at all, although he performed a radio program as The Computer Answer Guy in the late 90s and brought that persona to CBS Television’s Up To The Minute national news program. Over a long and varied career, Jeff’s exhibited a talent for translating geek to business, and speaking business with geeks.

At the turn of the millennium, Yablon sold his equity positions in Denver-based Planet Computer Inc. and San Francisco’s PlusMedia Broadcasting, both of which operated using business models designed by him and implemented under his direct supervision. Planet Computer’s Planet Uplink was one of the first Application Service Providers, while PlusMedia produced and distributed news and entertainment programming via the internet, broadcast radio, and television.

Introduced in 2004, PC-VIP is the way Jeff took nearly twenty years of experience and made computers work better for businesses and their people.

A renowned educational speaker and broadcaster, software author, and business development expert, Mr. Yablon has worked in concert with senior management of companies large and small to craft and deploy strategies for implementing and merging technology and business processes for employees and customers.

During his two elected terms as President of the Computer Press Association, Yablon authored ethics standards for the journalism community, and created guidelines for accrediting electronic journalists that were implemented by virtually the entire technology tradeshow industry.

Jeff wrote for International Data Group’s PC World Magazine in the mid 1990s after founding the world’s first electronic publication in 1989; he’d built IYM Software Review’s reader base to 300,000 through distribution agreements negotiated with CompuServe, America Online, and others. As The Computer Answer Guy™Jeff pioneered techniques for delivering advertising to listeners via streaming media, and maximizing its impact.

Jeff Yablon is also the author of Uninstall for Windows™. Upon its introduction in 1992, UN4WIN gained worldwide acceptance as the best tool for safely and completely removing unwanted software from computers running Microsoft’s Windows® operating system.

Prior to jumping into technology, Jeff was an independent financial consultant. As a NASD-licensed securities broker, he designed the pension plans of small and medium-sized businesses, and advised their executive staffs on maximization of personal investment and insurance portfolios. It was this experience that led Jeff back from the brink of geekdom to the business world.

An avid home cook/chef and gourmand, Jeff ran a 125-seat full-service bar and restaurant in Montclair NJ in the mid-1980’s. Not-so-secretly, and as a lover of both food and customer service, Jeff misses the restaurant business.

Get In Touch With Jeff

Making effective changes happen in your business requires an understanding of what isn’t optimal, and how to get from point “A” to point “B”. As successful as they are, many of our clients just need a push in the right direction. We manage your people, your processes, your technology, and your finances. The result? A more successful business.

We bring you new ideas for business growth, and we help you bring them to life.

Wondering where your business will find new revenue next year, or after that? Wonder no more.

Still adding two plus two and coming up with 3.14? We’ll help you bake the correct pie.

Support is crucial, yet everyone struggles with it. Here’s your next support solution.

The Answer Guy is always there for us, and always has just the right solution when we need a hand with a tweak on our website, in our marketing, and pretty much anything. From design to marketing strategy to maintenance, The Answer Guy handles it all!

Reach us now by filling out this form; we get messages immediately. Or connect on these social networks!