Is There a Google Photos Monopoly? The Definition … 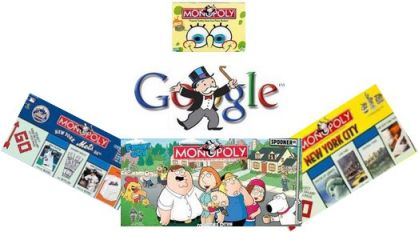 Over the years, we’ve addressed the idea of monopolies here a few times—specifically, whether or not Google is one. And the answer has always been “no” … sort of, anyway. And now, along comes a big problem with Google Photos Monopoly practices.

This week, Google made a policy change that changes everything. Standing on its own, Google’s decision to no longer provide unlimited storage for photos in their Google Photos platform sounds like just another business change decision. And it would be, except for one thing: the wording for Google Photos’ user agreement has always included the idea that the storage is unlimited. And now … or soon, anyway, it won’t be.

The dictionary definition of monopoly is exclusive control of a commodity or service in a particular market, or a control that makes possible the manipulation of prices. Our position has been that while Google could seem monopolistic their behavior stopped short of actually qualifying as such. With their upcoming change to terms of service the latter definition is hard to ignore; yes, friends, there is now an all-but-indisputable Google Photos Monopoly. And that, friends, is the point on which this argument falls. Google is now using its dominant market position—at least in this product—to mess with us.

There’s still some question as to whether Pixel phone users will maintain the unlimited-storage perk, but make no mistake: Our friends at the most popular search engine, advertising outlet, phone operating system and browser sucked us all in using the word “forever”, and now have decided that forever ends in 2021. Sounds like a Corona Virus joke, doesn’t it?

I don’t know whether the behavior defined that far and no further is more galling, or the fact that Google Photos has never felt like a complete product is worse. But either way, Google sucked us all in, waited until (there’s some variable to fill in here), and then took away an explicit promise—the one that created their market dominance in and is very much germane to the second definition of monopoly.

Do you see this as a problem? Do you think lawmaking bodies (and I’m specifically referring to the US Congress) will? Are you getting ready to leave Big G’s photo service in favor of another one? Do you want to explore your options, business-wise?