Boston Celtics Do Social Media and Influency The Right Way 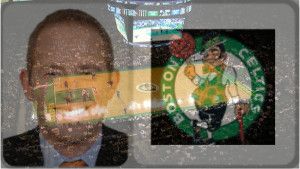 As a New York Knicks fan, saying anything nice about The Boston Celtics isn’t easy for me. But The Celtics’ Peter Stringer, who’s in charge of the NBA stalwart’s social media strategy, is one smart guy who deserves a bit of recognition. Mr. Stringer, this post’s for you.

The NBA has come up only three times before at Answer Guy Central, but with professional sports teams getting more and more into social media—and thinking about what business sports teams are actually in this makes sense—I think you’ll be seeing more sports Influency* coverage here. Jeremy Lin made these pages. I wrote a story about Cloud Security and NBA Basketballs’ similarities. And of course, David Aldridge’s journalistic conflict of interest got some traction here. Welcome to Influency Central, Peter Stringer.

This week, Mr. Stringer spoke at a conference in Las Vegas. And Danny Sullivan reports that Peter Stringer said something very simple that makes so much sense it’s impossible to ignore. During the Boston Marathon bombing last spring, with seven million social media followers on Facebook alone waiting on whatever sports teams followers wait on, his team was not only sensitive enough to stop doing what they normally do to pursue their social media goals, but The Boston Celtics began posting police and emergency reports to help out the greater Boston community.

I actually started this story planning to talk about how smart Danny Sullivan can be. Sullivan is a well-known expert on Search Engine Optimization, and—for example—his company has a unique approach to gathering speakers for its conferences. But I’m going to stop right here. Peter Stringer’s approach to social media on behalf of his employer, one of the best-known sports franchises in the world, is enough to carry the story and remind you of just how important the ‘social’ in social media is.

I can’t quite bring myself to pay this compliment to the Boston Celtics, but … rock on, Peter Stringer.