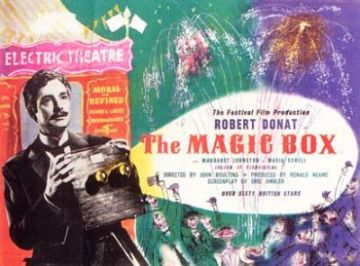 If my musings on Influency and the evolving and growing importance of producing video seem a bit obtuse, get ready for this video influency stuff to become a whole lot simpler.

But first, a visit from JJ Abrams.

We flipped the switch on Influency marketing at Answer Guy Central almost eighteen months ago. We’ll manage your media production and marketing. We’ll teach you how to handle those things on your own. But ever since I implored you to start producing video, we’ve been headed toward something incredibly exciting. Answer Guy Central is about to unveil a new video marketing network, and if you get with us you’ll finally be able to make money from all your media.

This morning I came across a speech the very busy and popular director gave in 2007,  where he spoke about the magic box/mystery box he’s owned and left unopened for over forty years:

JJ Abrams came up for me today as I was doing some work for the new video monetization service we’re about to flip on, and really caught my attention because in speaking about magical mystery boxes Mr. Abrams made me think about this story. I’ve been using the phrase “magic box” for a long time, and for me the idea that there are things we either don’t want to know or don’t need to strikes a natural chord. Of course, sometimes outwardly simple things are more complicated than they should be, but for now let’s stick with magic and mystery.

JJ Abrams, perhaps the guy who’s made more inexplicable magic happen in videos than anyone else over the last decade, would now like you to buy a magic box from him. It’s an expensive box, but it’s also a lot fancier than the one he’s been holding onto for all these years. The question is this: if you shell out $150 for JJ Abrams’ magic box, will you open it, or does merely possessing the box give you all you need to be happy?

Being JJ Abrams, the dude holds a position of Influency that will both sell some expensive magical mystery boxes and convince a good portion of his fans not to open the darned thing.

But what about you?

In keeping with cryptic mystery practices, I’m not going to tell you anything else about our “one video network you need”. At least, not yet. But I’ve dropped a few clues, both in this piece and across the Internet. And if you contact me and can tell me what the secret is before we officially launch, we’ll drop the price of your video Influency by fifty percent … forever.

Magical and mysterious enough for you?