Christmas is almost here. If your kids are asking for new video games and you don’t have a clue where to start, I have a tip for you:  stay away from Epic Mickey. 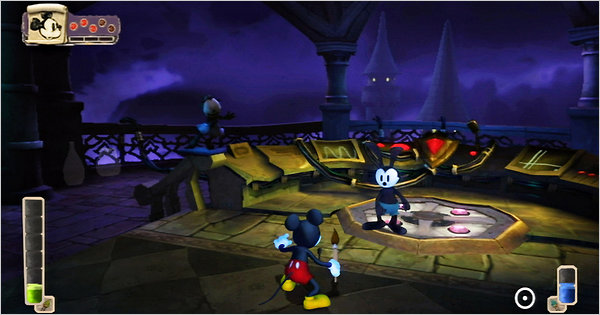 It’s not that Epic Mickey isn’t great to look at. Very much the opposite. As even The New York Times pointed out, Epic Mickey is an absolutely gorgeous implementation of the world’s most famous mouse.

Why does this matter here, where we discuss business change? Because Epic Mickey is yet another example of just how little the big media companies like Disney understand what’s really happening around them. Epic Mickey reminds me of another FAIL from the Disney company: when the first Toy Story movie was released, Disney gave us an amazingly beautiful game version. As I was then doing computer software reviews on CBS TV’s Up To The Minute, I got to tell a lot of people how looking good isn’t good enoughif a game crashes all the time.

At least Epic Mickey works. But it doesn’t work well.

My kids were first to clue me in to this, and they actually reminded me of what I had said once upon a time about that Toy Story game. So how is it that fifteen years later, media companies still don’t understand what the people they sell games to can see so clearly?

It happens again and again. Blockbuster Video has all but gone out of business because they didn’t understand that people wanted a better way to get movies. At least Netflix understands the business change happening around them, but the movie studios they deal with are still resisting.

But Disney can’t see what a small outfit like Rovio has pulled off with Angry Birds. That game is simple. It looks great. And in Angry Birds, business change is implemented in a way that matches the changing tastes of the people who play the game.

Unless you’re the size of Disney, then if you aren’t looking for the places where you can change your business, you aren’t going to stay in business for very long. Make business change your New Years’ resolution. Let us help.