Arizona: Pregnancy and Abortion Perception is NOT Reality 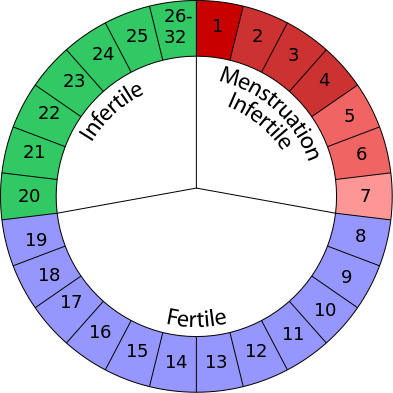 The last time I wrote a Labor Day piece was three years ago. Here’s another, but this business change isn’t about labor unions or holidays; today’s topic is the kind of labor women go into before they give birth.

And lawmakers’ propensity to waste time and money when given half a chance.

The other night, one of my sons turned me on to this story in the Huffington Post. In it, Arianna’s crew talks, among other things, about the fact that in Arizona pregnancy will soon be defined as having commenced two weeks before the act that caused the pregnancy to occur.

I worded that last sentence very carefully. And aside from my incredulity at the way Arizona’s lawmaking bodies spend their time, that’s the point.

When my son told me that in Arizona the definition of pregnancy was about to become something that happened two weeks before the people who had procreated had . . . acted . . . my initial thought was like his: “nobody can be that stupid, right?!!?”.

Turns out, not. The odd-sounding legislation in Arizona doesn’t change “when pregnancy happens”, but instead defines “when life begins” for a specific reason: it’s a pro-life, tightly-define-the-parameters-for-obtaining-a-legal-abortion play, and it doesn’t claim that women get pregnant two weeks before they conceive. If you give it a little bit of thought it’s not completely crazy as a concept: since women are generally only able to become pregnant during a window in the middle of the four-week fertility cycle, the “countdown” for all things related to pregnancy is being started at the beginning of that cycle, or presumably two weeks before sperm meets egg.

I’m pro-choice, personally. But I don’t have a problem with this other than what I’m perceiving from my vantage-point as an attempt by a state government to start a ball rolling down an ugly hill. To me, this is about perception and reality, and how much the way we see things colors what they “are”.

My son, brash and suffering from the effects of the perception distortion field that young, smart, involved people tend to be surrounded by, took what he had read literally. I, as a more dispassionate observer of business change—and this is real business change, at least in Arizona, at least for pregnant women seeking abortions—took a breathe and re-read the HuffPo article until I saw what it really said.

Google thinks you’re ugly? Then you’re ugly. You want a 4K TV? It might not do anything, but that’s your call. You want really fast Internet? You can try Verizon FIOS Quantum—but you probably won’t get what you think you’re buying.