Who ARE You (and Who Owns Your Website Trademarks), Anyway? 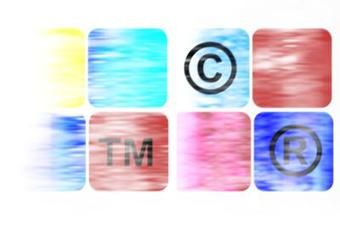 As you build your Influency, you’ll find that there are a lot of things to manage that you never thought of before Influency* became important to you. One is your digital assets—and there are a LOT of them, cast to all corners of the Internet.

When we started building out the content at Answer Guy Central some years ago, we made a decision about artwork that we’d incorporated into our pages. In short, if we hadn’t created the artwork, then we would link to it. This is a somewhat controversial idea and in one form or another has gone to court a few times; people who had created things didn’t want others to link to it because it could be seen as a misappropriation of copyrighted, trademarked, or at least there’s-no-dispute-who-owns-this-thing assets.

Mostly, the way the issue has resolved in courts is that so long as people who <ahem> borrow other folks’ stuff didn’t go out of their way to disguise that fact, they were OK legally (disclaimer: I am not an attorney). So pointing to an image on someone else’s web site is . . . OK.

But as the Internet grew up we noticed a problem: sometimes, images we’d pointed to disappeared. Taking them down is the right of whomever owns them, but when it happens we end up with dead links and ugly spaces—or worse—in our content. We don’t get notice of these issues, we just find our pages (I’m being dramatic, but you get the idea) defaced, eventually, after hundreds or thousands of visitors to those pages have already seen our work as shabby.

So we changed the way we do things. Now, if we need art and find it on the Internet, we make a copy, store it on our servers, and provide attribution. Speaking once again in generalities and as a non-attorney, I’ll say that this seems to be consensus-allowable behavior for the circumstances.

What does this have to do with Influency? Buckle in.

Note that in this article you’ll find two copies of the same image. Both are stored at Answer Guy Central. Both copies were downloaded from the source at which we found it, which happens to be this page at the site of a newspaper in Arizona. But you see the “Getty Images” attribution on the second copy? That isn’t our work, it’s the work of AZCentral’s editorial team, and it’s there NOW because we included it; on the source page that attribution only appears if you hover your mouse over the image—which means most people never see the attribution: 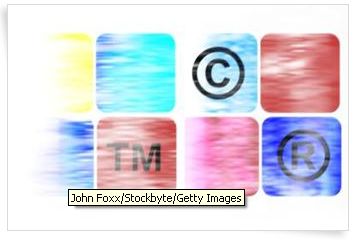 So now tell me: does the image “belong to” AZCentral.com, or to Getty images, and how would you know the correct answer if The Answer Guy hadn’t been so thorough in explaining this? Oh, and by the way: take a look at the byline on the article; it wasn’t even written by an AZCentral staff member. That’s right; AZCentral is a newspaper that sources its news writing. Talk about the blurring lines surrounding journalism!

All of this is on my mind today (OK, this stuff is always on my mind; it’s one place where I conjure influency) because over the weekend something called The Digital Public Library of America ‘opened’. And as the story that alerted me to this points out, the most interesting thing about the Digital Public Library of America is what it’s missing, and why.

Oh: and that DPLA’s web site doesn’t belong to it. Shooting for clever, DPLA’s web site is dp.la. See that .LA domain? it’s the top-level domain for the country of Laos. Not exactly known as a bastion of political stability, my question is what happens if Laos decides to play games with the domain extension that’s been assigned to them?

Let me be clear that there’s no chance at all of Laos ever nationalizing the .LA domain; .LA might “be Laos”, but TLDs don’t actually belong to anyone—not even when they represent sovereign countries. But if Laos tried to, anyone who owns a domain using their TLD could have a protracted fight on their hands. Starting from that position in a territory fight is the opposite of Influency.

None of this is that hard to navigate, and let me repeat that it’s exceedingly unlikely that the country of Laos will ever try to mess with The Digital Public Library of America’s web site, let alone succeed. But your job in managing the pieces that make up Influency eventually becomes about efficiency; or at least it becomes about understanding what you’re ‘into”.

Want to use the words “Super Bowl”? Go ahead. Think those free tools from Google will be free forever? Think again. Don’t want to worry about trivial issues like who hosts your DNS records? You’ll probably be OK.

Just remember that this stuff is all under your control, and that building Influency is a matter of having a handle on all of it. You can own your own cloud. But your copyrights probably don’t really belong to you.