“SUPER BOWL” (I Said It!). Will NFL Lawyers Object?

Hello? National Football League? I’m about to use two words together that you don’t think I should be allowed to use. Are you ready? 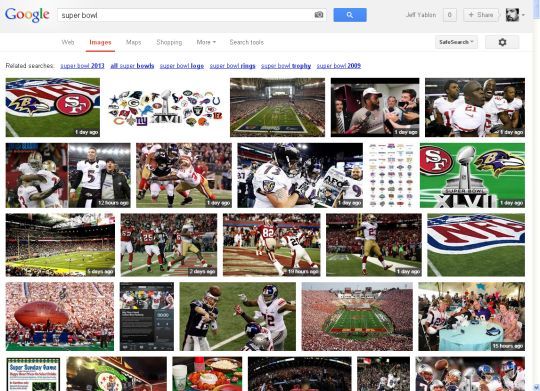 The beauty of this story is that I’m telling a story that couldn’t be told without saying ‘Super Bowl”, and because that’s true, the National Football League would have a difficult time making a case against me for trademark infringement.But for most people, just saying “Super Bowl” is enough to earn you a cease and desist order from the NFL. This, friends, is a story about Influency.

For years, it’s shocked me just how aggressive the NFL has been about protecting their trademark on The Super Bowl.You can understand why a billion dollar business would want to protect its assets, so in the broadest sense making it hard on anyone who uses the phrase “Super Bowl” without the NFL’s permission makes perfect sense (and if you want that permission, you’ll pay, but big).

But I’ve long been mystified as to just how far the NFL goes with this. How far? Run a contest that includes as its prize tickets to The Super Bowl (yes, the event itself, legitimately), and when you promote your contest, the NFL will get all up in your face if you say that your contest’s prize is tickets to The Super Bowl.Whoa to you if the NFL catches on. Generally, the way companies running contests that send winners to the Super Bowl handle this is by saying “the big game”, instead.

This has always sounded odd. I suppose there could be the slimmest of chances that a person hearing a commercial offering “tickets to The Super Bowl” could believe the NFL was behind the promotion. But as with most advertising, that’s simple to dispel; you just say “we are not affiliated with the National Football League or the Super Bowl, and all we are doing is offering tickets to the Super Bowl as a prize”. Hint of affiliation dispelled.

So let me be clear: The NFL has not paid Answer Guy Central, PC-VIP Inc., or anyone affiliated with us to write this article about The Super Bowl.

And is there any doubt whatsoever what was being promoted in that commercial?

I’m all for disambiguation. I was pretty hard on David Aldridge when he wrote an article at NBA.COM siding with the owners in a labor dispute with the players, even though Aldridge is supposed to be a journalist. And as I told you when Bill Maher showed the fine line between Socialism and Capitalism and used the NFL as his example, I have tremendous respect for the NFL’s success. But often, exerting control merely because you can just makes you look silly. See what the NFL thinks about Twitter, for example.

Remember that the goal of marketing is promotion. And much as I believe in protecting trademarks, even huge, hugely successful businesses like the National Football League need to understand the line between protectionism and Influency.

So hey: if you happen to be in New Orleans at The Mercedes Benz Super Dome on Sunday February 3, 2013 watching an NFL football game between The Lamar Hunt Trophy winning Baltimore Ravens of the American Football Conference and The George Halas Trophy holding San Francisco 49ers of the National Football Conference, do enjoy The Big Game.

Me? I’ll be at a Super Bowl Party.