Advertising Content Has An Effect and Is Effected In Return 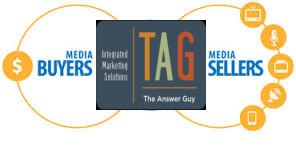 Let’s take a look at how advertising really works. And let’s look at it from a slightly different angle than you’ve probably ever considered.

When Vine came along, I told you how important it might turn out to be, and when it became available for Android devices I expanded on the point. And the reason seems simple, doesn’t it? People like video. Well, it goes further. It seems that video is SO special that Google sets special rules for it in Adsense advertising. Even pornography, otherwise verboten to the Adsense algorithm, gets to pull video advertising from Adsense.

I’m not completely surprised by this. Adsense has always handled video differently than it handles what I’ll just call “web pages”. For example, while we can block specific regular ads from the Adsense network from showing up in the advertising area of the pages at Answer Guy Central, Adsense puts whatever ads it wants to in our videos. Companies whose advertising we’ve blocked on Answer Guy Central still gets their ads into our videos, and if we want to run Adsense ads in our videos there’s nothing we can do about it!

Take a look at this: 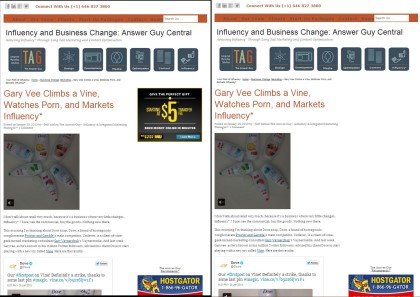 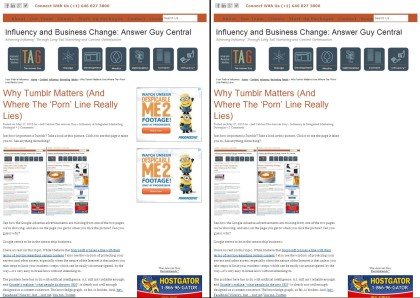 Again, one iteration has no Adsense ads, and the other carries ads for a film that opens soon. Video Ads.

Because your ability to reproduce this experiment may be limited by any number of factors, we’ve shot a quick video—and its quality is bad, but you can see what I mean if you look closely. See how the pop-up describing the content of the second of three Adsense ads has different options than the first and third Adsense impressions? It’s a video ad. As are the ads you see on the “pornography focused” pages where Adsense bans regular advertisements.

I could go on for quite a while about the  levels of complexity this imparts on managing Influency, but you can see that for yourself, right? I turns out that advertising is an even more complicated beast than Google has already made it, and if you want to maximize your Influency and revenue, you need a handle on the whole equation.