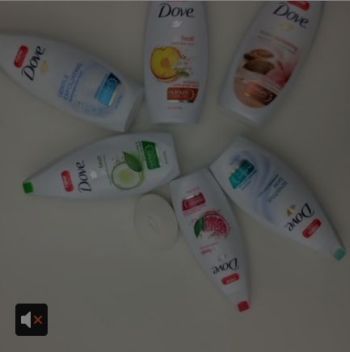 I don’t talk about retail very much, because it’s a business where very little changes. Influency* ? Sure; see the commercial, buy the goods. Nothing new there.

This morning I’m thinking about Dove soap. Dove, a brand of homegoods-conglomerate Procter and Gamble’s main competitor, Unilever, is a client of wine-geek-turned-marketing-consultant Gary Vaynerchuk‘s Vaynermedia. And last week Garyvee, as he’s known to his million Twitter followers, advised his client Dove to start playing with a new toy called Vine. Here are the results:

Our #firstpost on Vine! Definitely a strike, thanks to some last pin #magic. http://t.co/l5e9wPVh

The video is mildly amusing. Vaynerchuk’s advice, that the way to figure out new tools is to play with them for a few days, is sound. Now, let’s talk about this new Vine doohickey.

Vine, like Chatroulette before it, is a way to get video onto the Internet about as easily as possible.I draw the Chatroulette connection to Vine not because Vine is a way to communicate with others in two directions—so far, it isn’t—but because like Chatroulette, the first thing about Vine that’s gotten . . . umm . . . hot on Vine is pornography. OK, good enough; pornography is one of the most popular uses of the Internet so this shouldn’t surprise anyone.

Ditto the speed with which Vine has become incredibly popular; Vine isn’t just interesting, but as a property of Twitter had the advantage of a viral boost behind it, ready to kick in the moment Twitter said so.

People are already developing uses for the Vine fire-hose. Vinepeek, for example, is a Chatroulette-like feed of whatever is being submitted to Vine, with no control whatsoever over what you see (so please, be aware that as with Chatroulette the aforementioned pornography link could kick it at any moment if you go there). Vineroulette is even more fun, as a visit there (assuming you’ve installed Microsoft Silverlight) will show you a whole page of Vine video thumbnails so you have an even better chance at seeing six seconds of sex!

Maybe not the kind of Influency you’re looking for.

What’s missing so far, filtering issues notwithstanding, is that Vine isn’t ubiquitous enough to amount to anything that will matter in the long run. And that could change; Facebook could reverse course on blocking certain interactions with Vine. Vine could come to platforms besides the iPhone. Developers could make Vine work with all video standards instead of using fading ideas like Flash and Silverlight

And Vaynermedia has the right idea; when these toys come along, by all means dedicate some time to playing with them to see what ideas shake out of which trees.

But Vine is no more the important issue to this story than Instagram is to the many devotees of Facebook’s photo sharing service. What matters here is you, and how your business uses these tools, if at all. What matters is building Influency.

It’ll be interesting to see if Dove’s 73,000 Twitter followers push the retweet count on that fun little video past its current five. If so, I’m sure Gary Vaynerchuk will be right up in his client’s faces talking about what a great tool Vine is for building buzz. But if not, there are still lessons to be learned, about Influency in general, and long-tail marketing in particular.

Want to talk? Influence me, here.