The FOCAL Camera App, and Influency, Form, and Function 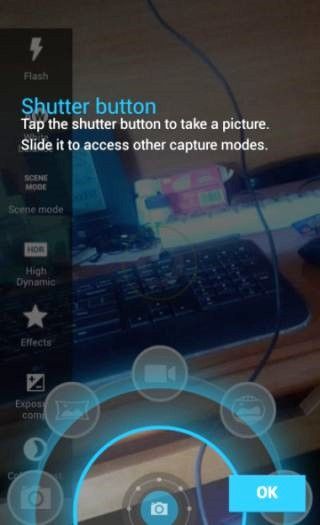 I’ve come across the best SmartPhone Camera App I’ve ever seen. I’ve also uninstalled it from my Galaxy Nexus, because it doesn’t do the one thing I actually cared about. In a discussion of Influency, both of those statements matter. A lot.

A few days ago, CyanogenMod, the most popular and best-reviewed software for ‘rooting’ an Android SmartPhone, became a real company. And the folks who wrote Focal, which was the camera App in CyanogenMod until then, promptly pulled it from the replacement operating system. Focal is now available separately, and can be downloaded from Google Play in a still-in-testing form.

I don’t bother playing with camera enhancement apps like Focal very much, both because I’ve had my fill of them and because I own a Digital SLR that takes pictures my two-year-old phone can’t touch. But when I saw that one of Focal’s features is burst mode, I installed Focal—and kept it just long enough to find out that my smartphone can’t actually use the feature.

But I also noticed something else. Focal is the best designed camera app I’ve seen, and I’ve seen plenty.

I started using an Android phone when Verizon released the original Droid. That Droid was the first SmartPhone using Android 2.0, and I’ve watched carefully as Android’s default photo app evolved. Some changes have made sense, while other shifts have seemed like Google inserted them as misguided attempts at looking as though they were staying up to date.

Focal simply has the best interface of any camera app or add-on I’ve seen. All the controls get used by dragging them onto your screen while framing your subject. Focal … just … makes … sense. Form over function? Focal feels like the merger of form and function. This is what design is for.

Did I hear you say ‘Influency’?

Of course the very idea of replacing the already-baked-into-your-SmartPhone camera software when you can’t actually remove what’s already there and tie the replacement into the operating system creates issues, and real Influency on this matter would be best implemented by Google rather than the authors of Focal or any replacement app, in the camera space or otherwise. Having extra apps that replicate the features of an operating system creates bloat that tends to expand over time; form often subrogates function. It’s the reason I only use Google Nexus devices, and it’s the reason I don’t like adding computer software that overlays what’s already built into operating systems—and live with, for example, Windows 8‘s lack of a Start Button.

The point of this story is that when you’re out to make Influency happen, you can often look to doing a great job on one element of Influency as the impetus for real change. The form/function curve in design is a great example, and the folks who make Focal camera App understand this.