GATHRing a Media and Content Bundle from AOL Isn’t Influency 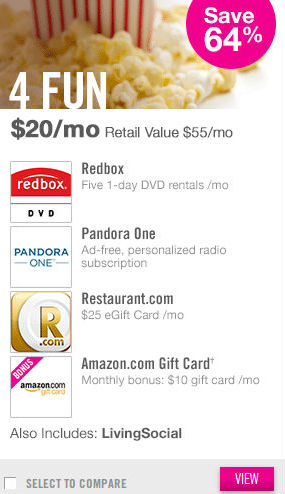 Today, AOL unleashed a new form of media and content Influency* on the world. And in gathering GATHR, the house that Tim Armstrong keeps watch over may have created something that you can use as a real bargain-gatherer for yourself. More likely, though, it’s AOL that gathers most of GATHR’s benefit.

AOL, a company that was once in the media-production-and-hosting business and charged about a zillion customers fees ranging from $15 to $30 per month for the privilege of reading their stuff after using them to access the Internet, has been flailing about trying to find a new business to be in … for quite a while. So now, for a monthly fee that you can pick, AOL wants you to buy a bundle of movies, magazines, and other media content from them, ostensibly at a discount.

And in theory, there’s are bargains to be bundled through GATHR. But because of how the bundles of not-too-many-choices-actually-available at GATHR are structured, what AOL has built is really little more than a coupon book that you’re likely to lose money on if you buy in. See this GATHR bundle? It really is $55 worth of stuff for $20 per month. And maybe, just maybe, you’ll get your money’s worth if you subscribe.

But really, AOL’s just trying to get you to re-bundle as the rest of the world unbundles.

AOL will let you gather your own GATHR, so maybe if you’re the right kind of person you can tip the scales in your favor, but do I really believe that the $55 I’ve gathered here for $15 will ever land in my lap? Well, umm … no. Can I get that $10 from a Fandango-affiliated theater each month? Sure. Might I find a LivingSocial $10 discount? I suppose. Is there a reasonable chance I can buy something each month at Amazon.com and burn that $10? You bet. And the $25 at restaurant.com? If I work at it, maybe. But will I do all the requisite work? I doubt it.

Let’s assume they have good intentions, hope you can cash in on your GATHR elements, and aren’t going to put up the kind of barriers that too often exist in this kind of thing. GATHR still isn’t really about anything beyond Influency and AOL’s attempts to regain it. GATHR is Tim Armstrong’s latest attempt at personal and corporate salvation.

But the real value in GATHR accrues to Tim Armstrong and AOL, and just as advertisers are the actual customers of TV stations and magazines, the companies selling you goods through GATHR are AOL’s customers. YOU are merely a target.

Is that a problem? No, of course not, and especially not if you extract your value from GATHR. But wouldn’t you like to be Tim Armstrong instead of feeding Tim Armstrong and AOL?