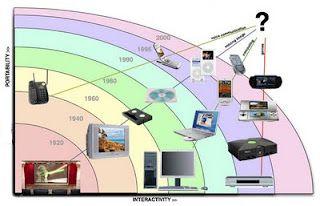 I didn’t; I just don’t watch very much TV, and despite one amazing review after another and strings of Emmy Awards, I don’t watch Breaking Bad, or Mad Men, and was never a 24 or a West Wing fan. Further, I got off the “did you see . . .  last night” merry-go-round a long time ago; I’ve used a DVR for over a decade. TV has been an on-demand sport for me for a long time.

But I keep close tabs on the TV business, as I do the magazine and book publishing businesses, and the movie and music businesses. All of these media vehicles are converging and undergoing tremendous business change.

If you get your TV signal through DirecTV—and the satellite TV provider beams television content to over twenty million households—you’re currently stuck in the middle of a fight between DirecTV and Viacom, and unable to see the basket of programming on Viacom’s channels. We’ve seen this happen before; a couple of years ago there was a very public battle between Cablevision and Fox over the same issue.

This time around, things might work out differently. We’re looking at real business change.

The issue is that when you buy Cable TV (or TV from a satellite provider like DirecTV), you buy a bundle of channels, with very little control over what you get. Yes, you can add “premium channels” to your package on an a la carte basis, but that first eighty, or two hundred, or eight hundred channels you receive are all-or-nothing, and you don’t have the option of deciding to take, for example, just the channels available in your area via broadcast (those that your cable company is obligated to provide because of “must carry” rules), plus ESPN, Comedy Central, and AMC.

If you watch the most expensive channels, this works out in your favor. ESPN viewers, for example, are being subsidized by everyone else paying the fees that parent company ABC demands—and gets for every cable TV subscriber. But what if you don’t watch sports? You’re still paying a fee approaching $10 per month just for ESPN.

In most cases, mandatory bundling of this sort—requiring you to buy one thing in order to get another—is illegal. But because of the way the FCC administers television content distribution, bundling is still the way business is done. DirecTV’s argument against Viacom’s price increase demands seems to be including a call for the end of mandatory cable channel bundling.

During the very same time that Viacom and DirecTV are at war over the way their business works and the idea of bundling is coming unraveled, magazines are starting to bundle up.

NextIssue actually launched for Android tablets a few months ago, but last week the magazine bundling service because available on iPads. And the truth is, if you’re a heavy magazine reader—or more to the point would like to read magazines on your iPad or other tablet—NextIssue is a pretty good deal. This is because up to now it’s actually been more expensive to get digital versions of magazines than their printed grandparents, and NextIssue changes that.

Of course, a bundle is a bundle, and if you don’t want access to dozens of magazines $10 or $15 per month is too high a price. NextIssue is Cable TV bundling all over again, and will only become a worse deal over time.

The media business is changing. Books are getting published without the involvement of traditional publishing companies. Want to borrow a “book” on your e-reader or tablet? You can do that—sort of. Musicians like Elvis Costello and Neil Young have seen the writing on the wall; they’re all but telling you to pirate their music.

And of course, Comedian Louis CK is smarter about and better at marketing than most marketing executives.

I pre-ordered a Google Nexus 7 tablet, and next week I’ll be telling you more about tablets as content consumption devices. And I’m pretty sure I won’t be signing up for any magazine bundling services. Moreover, I’m also pretty sure that the days when media companies could tell you how you can consume their content are winding down; for media business success, you simply need to make your content available, everywhere, all the time.