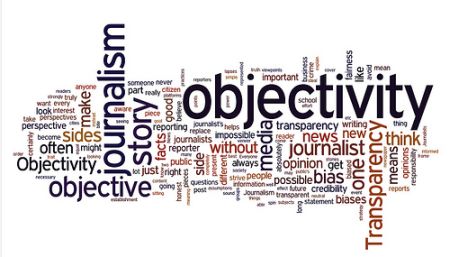 Is the headline on this article disrespectful?

Depending on your feelings about political correctness, or whether you or someone close to you is or has been a cancer patient, you could find my willingness to talk about Media, Influency, Twitter and Cancer, all in such close proximity, incredibly offensive. And if you do, that’s your right.

And I don’t care.

Not “I Don’t Care” in some callous, unfeeling way; I very much care about how the things I say and write make people feel. But there’s a media firestorm brewing over the way … there’s a media firestorm brewing … over the tweeting of a terminal cancer patient, and this is exactly the time and place to discuss the matter: Influency comes from a lot of different places, and none of us are in control over the way other people strive to achieve Influency.

A few days ago, my fiancée told me about a blog she was reading. She’d come across it through a friend of a friend who’d passed along a piece from The Guardian, and she and I agreed that it was more about whether it was OK to talk about a terminal illness out loud, in public, as one is suffering through the stages of such an illness, than it was about the illness itself or the woman whose cancer was under this particular—and becoming more magnified—media microscope.

The question then, and more than ever, now, was what it says about people who are willing to “do that”.

The issue became more interesting yesterday, transcending the conversation about cancer and tweeting, when Bill Keller, the former Executive Editor of The New York Times, wrote an Op/Ed piece in The Times. Take a look at Keller’s piece. In particular, take a look at the address of the page; it’s a beautiful example of a content creator paying attention to Optimization. Yes, even The New York Times cares about building Influency through Search Engine Optimization.

Wait, it gets better.

The woman who wrote the original piece at The Guardian is Bill Keller’s wife. And another editor at The Times took the whole thing a step further, still, when late yesterday she published a piece about Bill Kellers piece. And the SEO on that article puts the solid Optimization on Keller’s article to shame.

So now does anyone even remember that this started out as a blog by a dying cancer patient? Again, whatever you think about someone living out their death in public, the subject has morphed; the news reporters have become the news makers. And that’s Influency.

And it’s considered to be bad form in most discussions about journalism.

Now, after that 400+ words about tweeting and cancer patients that serve as this story’s way-too-long lede, let’s move onto what made me decide to write about this, today.

And yes, be cynical; I’m doing Content Marketing and build our SEO for the cancer tweet story (and although we rank very highly for this story about suicide I have no illusions about success on the latter point; too many sites far bigger than this one have written about cancer tweeting).

Journalism is in trouble.

I thought I had seen the ultimate example of that, years ago, when AOL let MG Siegler write about the importance of Michael Arrington’s editorial voice to TechCrunch, in TechCrunch.  And cancer-tweet-gate is pretty bad. But this morning something caught my eye that I could hardly believe.

I came across this story at Mashable—and credit where it’s due; it’s an amusing story—written by an author who seems to believe that her generation is the only generation. Here’s her lede:

Most of us remember the ’90s fondly. We remember coming home from school and flipping on Nickelodeon. We all laughed when some poor, unsuspecting contestant on a gameshow got covered in slime. We loved Doug, The Adventures of Pete and Pete, Rug Rats and Saved By the Bell. The ’90s were a magical time to grow up.

Terrific. The editors at Mashable, an entity that’s been rumored to be the target of acquisition attempts by ‘real’ journalism outposts like CNN, thought it was OK that Ms. Romano make people specifically her age the target and voice of their entire operation. Most of us remember the 90s fondly based on the youth-targeted television programs we watched?

Mashable’s editorial voice and bent apply, it seems, only to people in their mid thirties.

This links to the cancer tweeting story because of the nature of such segmentation. Mashable is only for people of a certain age? Who do you suppose The New York Times is “for”? Or The Guardian? We know who the cancer tweet blog is for. Or do we?

It all comes back to managing Influency. There are lots of pieces, and they all matter—even to media outposts who you’d think could stay above the issue and just report.