This May Be The Saddest Thing You’ve Ever Read 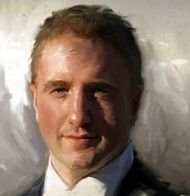 This is the saddest thing I’ve ever read. I found it at Gizmodo, a technology blog that isn’t known for being exactly warm and fuzzy.

And please pass this along.

That’s all, except my apology if the software that creates “related stories” is showing you anything, and for the adverts that run here (they run on all our posts and our design doesn’t permit us to turn them off selectively).

Ironically, I’m sure Bill would have known what to do.