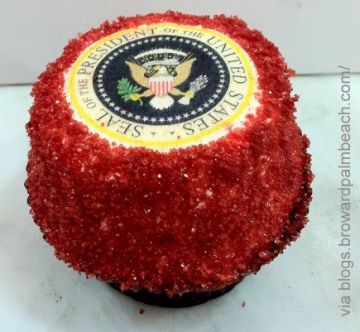 § Hail To The Chief, He’s The One Who Makes The Cupcakes … §

I’ll bet you haven’t thought very much about where The President of The United States intersects with cupcakes.

Last week, I told you a story about politics and Facebook conversations in a discussion of the volume of Influency available to President Obama. More specifically, I was talking about the old idea that the only bad press is no press; even in the face of a lot of vitriolic barbs being tossed around the takeaway is once you achieve Influency critical mass, you’re almost guaranteed marketing success.

Of course, then you need to keep marketing. You can do it in a razor-focused way, grab the long tail, or jump off somewhere in between, but the point is that no matter how influential you become you need to keep producing content and marketing it, or that hard-earned Influency will go away.

A couple of weeks ago the subject of viral behavior and Influency came up here. I mentioned my high hopes for Buzzfeed user GBrower‘s ability to keep the buzz going. I also gave her a detailed road-map explaining her options, using several of the most popular stories from Answer Guy Central. They were written at different times, have different focuses, and draw different kinds of traffic, but what they have in common is that they make up part of our long tail and each pulls big traffic—albeit in different ways.

Here’s today’s real Influency story, and I hope GBrower is paying attention. We currently rank #3 in Google’s estimation of importance for ‘buzzfeed gbrower‘. GBrower’s Buzzfeed profile ranks higher, as does the story she wrote there that had its several days of viral importance. But there we are, ahead of a lot of much larger web sites: 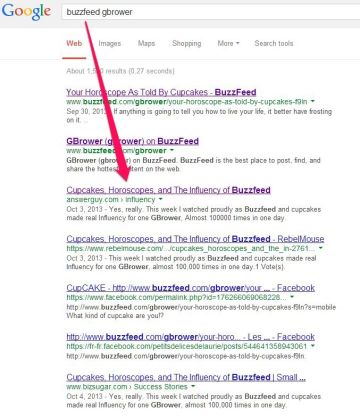 Even more amazing is this: when you search Google for ‘buzzfeed cupcakes‘ Answer Guy Central is coming in as the #8 most-important result, and we’re ahead of the viral GBrower Buzzfeed Cupcake story that our post is based on!: 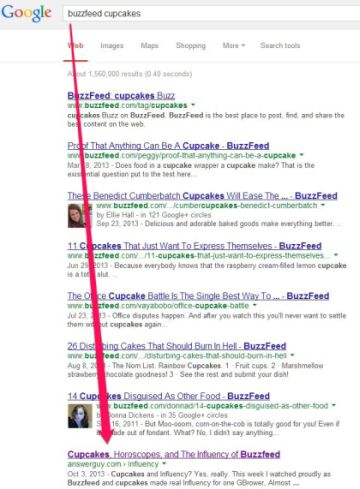 All of this despite the so-called death of search engine optimization, and the new importance of Google’s new Hummingbird search algorithm. So hey, GBrower? Get crackin’!

Hummingbird will be the subject of my next post, so make sure you come back. In the meantime, if you’re ready to take a run at this Influency thing, you can contact me here.