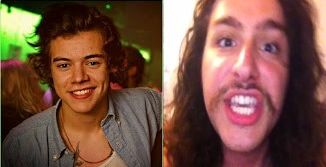 If you were a little girl, I’ll bet I know which one of these guys you’d find more appealing. Well, it turns out that on Vine, Harry Styles way out-pulls Nicholas Megalis, too. But the creator of ‘mad gummy money’ is doing pretty well if you discount the Influency that being the lead singer of a boy band conveys.

That’s one of two stories I have for you today.

As of this writing, Harry Styles is the creator of 31 of the 100 most popular videos on Vine. That fact can either horrify you or stand as testimony to the power of vapidity on the Internet in general and social media in particular: 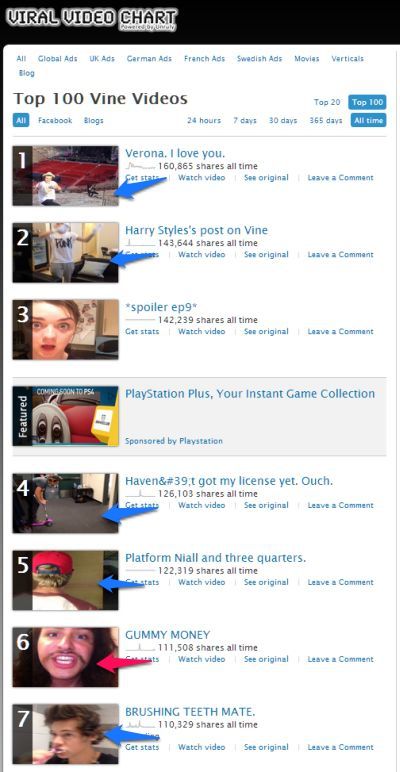 I wrote about Nicholas Megalis’ Mad Gummy Money Video one time, and somehow we’re ranking highly for many searches related to the sixth-most popular video on Vine. Ridiculous Deliciousness, indeed. And Influency isn’t generally that easy. But do a lot of things well, a lot of times, and your Influency will rise. I’ve written frequently about long-tail marketing, and Yo, Nicholas? You’re part of the long tail at Answer Guy Central.

Building a long tail is just one way to achieve Influency*. Want help building yours?