Is There Influency in a Really Quick Windows 8.1 Shut Down? 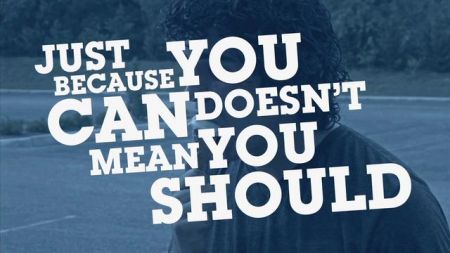 This one, as my hipster son would say, is gonna be weird.

Back in the days when I was a journalist, one of the people I worked with from time to time was Gina Smith. I remember a conversation that Gina and I had one night. I was President of The Computer Press Association at the time and Gina told me that the San Francisco Chronicle, where she was a writer, had just decided to syndicate her columns; not surprisingly, Gina was excited. And she became even more excited when I suggested that she ought to be paid for that. Somehow, Ms. Smith wasn’t aware that she had rights to her words and that her employer needed to share their new-found Gina Smith-produced revenue with her.

As the business and journalism worlds changed, Gina changed, too. She had a couple of national television gigs, and then somehow was appointed CEO of a company that Oracle’s Larry Ellison founded to sell dumb computer terminals before the world was ready for that idea. Gina, as this piece at Gawker points out, was a superstar.

And then Gina Smith kind of fell off the map. It could have been by design; she’d done well, had a family, etc., etc., etc. Or like so many people and businesses, Gina Smith might not have known how to adapt to changing conditions around her. I don’t know.

A couple of years ago, Gina and few other technology journalism luminaries of yore started a new web site. From the About page at anewdomain.net, I’m quoting their mission statement:

There’s a gap in tech media today and we bet you’ve noticed. There’s a dire need for authoritative, trustworthy tech coverage — in coverage that’s deep, yet broad and up-to-the-minute.

I concur; a lot of what’s passed off as technology-focused journalism today is pablum. And I’m being kind.

Let me be clear that my goal today is not to pick on Gina Smith. What I’m interested in, as a matter of Influency, is pointing out that stating good intentions and high-minded values isn’t the same as carrying them out. It applies to Gina Smith and anewdomain.net, it applies to Answer Guy Central, and it applies to you. You must ‘do’ content marketing, but that content had better be worth reading, viewing, or listening to.

Yesterday, I came across a piece at anewdomain.net that showed me something surprising. It turns out that Windows 8.1 has a slide-to-shut-down feature in it. From the perspective of Microsoft attempting to provide a consistent interface between Windows Phone, Windows RT, and Windows for traditional computers, slide-to-shut-down is a great idea.  That said, this feature has flown mostly under the radar.

That’s an important part of this story too. Slide-to-shutdown was discovered immediately upon its release and has been written about in several places, so it’s not like anewdomain.net has uncovered something heretofore unknown to other geeky folk.

That said, the tutorial approach to Windows 8.1’s slide-to-shut-down feature that was published at anewdomain.net was well executed and if you’re interested in implementing it you can, reliably, by following the instructions here.

Problem is, you can’t actually slide to shut down in desktop/laptop Windows 8.1. Seriously: slide-to-shut-down in Windows 8.1 is useless.

I’m not picking on Microsoft either. I have issues with Windows 8, not the least of which are the lies Microsoft tells about its compatibility with older hardware. But there’s a reason Microsoft included slide-to-shut-down in the computer version of Windows 8.1 and then buried it. Slide-to-shut-down simply adds nothing.

If you follow the directions at anewdomain.net, you’ll create an icon you can click to initiate the shut down process in Windows 8.1. ANewDomain.net describes putting that icon on your desktop, and then as almost an afterthought points out that you can make slide-to-shut-down a bit more useful by pinning it to your taskbar or the Windows 8.1 Start Screen. But once you locate that icon, you’ll find that clicking it leaves you in a place where there’s another step involved in actually shutting down Windows 8.1. Better idea: right-click the Start Button (it’s always on your screen, right?) and shut down as you see here. It’s faster, and always available: 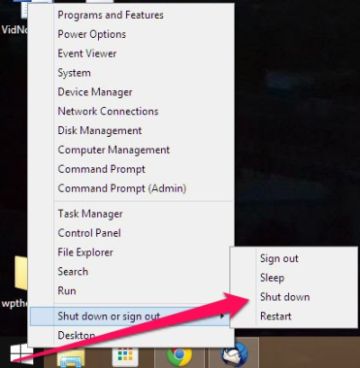 Now wait: maybe you’re one of those I-need-every-bit-of-screen-real-estate-I-can-get folks who have Windows hide your task bar, and you think that pulling your mouse to the bottom of the screen to make the bar appear so that you can follow those steps is still not fast enough. As I pointed out in the comments at anewdomain.net, that’s not a problem either. Just put shutdown /s /t 0 in the Windows 8.1 run box. (you can access the run box ANY TIME with Win-R). Keep that command first in your run box history. Now, any time you want to shut down, no matter what you’re doing or where you’ve navigated to, just hit Win-R, then [enter]:

Note that I included a bit of extra video cruft to illustrate the point and show you there was no funny business going on. In real life the Win-R/ Shutdown /s /t 0 method takes under a second.

Now let’s get back to the anewdomain.net mission statement.

Is the slide-to-shut-down feature (or anewdomain.net’s feature about it) deep, authoritative, and broad? You bet it is. Was it up to the minute? Not remotely, but because there’s a market for several-months ago’s information that’s OK too. The problem with the anewdomain.net slide-to-shut-down article is that it isn’t trustworthy if you include useful in the definition of trustworthy.

Sounds like I’m picking on a newdomain.net, right? Once again, that isn’t the point; I wish Gina Smith and her associates nothing but success. This is a story about Influency.

We’re at a point in the evolution of how we meet and influence each other that moving your lips but not saying anything is becoming a less and less viable method of getting attention. And by actually saying something I’m referring to having a message that your ever-narrowing available audience needs and has a use for. People who want tech news don’t need the third-best-and-ultimately-useless way of doing something they didn’t care about to start with.

So have a message. And get it out there … over and over and over. But if you move directly to the over and over part without first having a message worth delivering your shot at real Influency will stay at … zero.