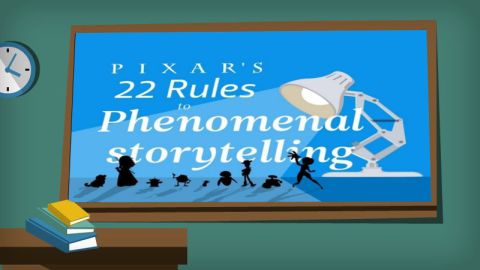 Last week I announced a series based on Pixar’s 22 Rules for Phenomenal Storytelling. As many stories do, we’ll start with a sort of introduction. Let’s talk about the idea of what matters in Pixar Storytelling Content Marketing.

Until the Internet started evolving away from a more-or-less purely informational medium to one consumed with and driven by entertainment, the idea of content marketing didn’t mean very much. Sure, product tie-ins have been around for  a few decades, but the effect and effort were both ancillary relative to other things. Coke’s theme song I’d Like to Buy The World a Coke, only later turned into the song I’d Like To Teach The World To Sing, is a great example. It was an actual piece of content and the content was used as marketing, but it didn’t drive sales directly. It was just … catchy.

Ever since they wowed the world with Toy Story, Pixar has proven to be masterful at telling stories. In the evolved, content-marketing-ified Internet, if you don’t tell stories and create content simultaneously, you have a problem. And the rules of the content game keep changing, but the need to tell compelling stories just keeps becoming more and more important.

That said: with most of us not creative in the same way that the folks at Pixar are, there needs to be some kind of blueprint for storytelling. We’re going to give you that storytelling blueprint.

Will you incorporate all of Pixar’s 22 Rules for Phenomenal Storytelling in your content? Rarely. Probably never. But as long as you manage a few, try not to ignore too many, too often, and understand your audience, you’ll get to where you’re consistently putting out great content, and the marketing angle will follow.