Cutting Through The Noise 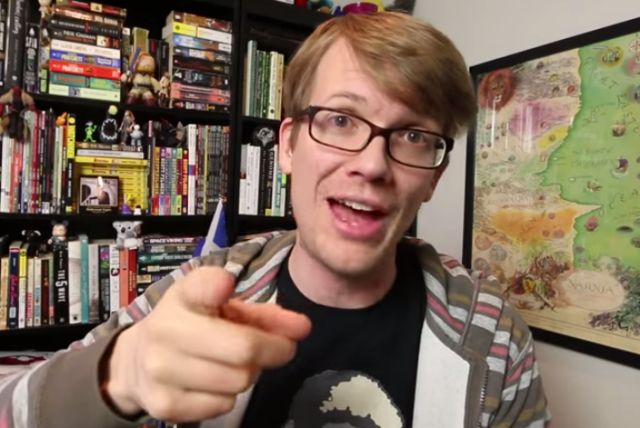 When we launched VideoNetworkOne, I produced the little piece you see here. In it, I praised the work of Hank Green. Hank, brother o’ John (the nearly-forty-year-old writer of Teen-Angsty drivel like The Fault in Our Stars), does cutting through the noise YouTube Videos that hit exactly the right balance between loud and silly, and downright smart and—informative.

Today I came across Hank Green’s latest YouTube video and it’s all about noise. Or reduction of noise. Or something. In his inimitable way, Hank discusses a topic that anyone who’s ever bought decent sound equipment has heard of but for most folks remains a mystery. Somehow, Hank Green has made a discussion of loudness into an interesting topic.

Loudness isn’t quite the same thing as volume. As the younger Mr. Green tells us, loudness is a topic related to dynamic range; it’s the perception of punched-up volume but without applying an overall increase in the decibel level of something.

Meaning you perceive loudness as volume relative to other things more than you’ll hear it as actually being loud. Which probably doesn’t help you understand what loudness is any better than you did a moment ago. But make no mistake: Loudness is about cutting through the noise. Watch Hank’s video.

Learn About Cutting Through The Noise

For your content marketing efforts to work, you need to start cutting through the noise, too. And there’s a lot of it; unlike radio, the Internet is still a cacophony of people competing for your potential customers’ attention, and unless your not-quite-noise is better than your competition’s maybe-it’s-complete-noise, you’re lost. That’s where producing great media comes in. If you take a look at Hank Green’s cutting-through-the-noise video you’ll see a lot of jerky cuts even though Hank never moves or leaves your screen. Sloppy? Intentional? A bit of both? Hank hasn’t told me why he produces videos that look that way, but they work.

Of course, having amassed over a quarter of a million loyal followers, Hank Green also has (built) the advantage of having others to make noise for him.

It is. And that doesn’t matter; you need to get your messages put together, “out there”, and listened to. And it’s easier than you think; as much as anything else, cutting through the noise is about having the right tools at your disposal and an intelligent, sustainable process. And you’re in the right place; at Answer Guy Central, content marketing through business process are us.

Let’s talk about it.