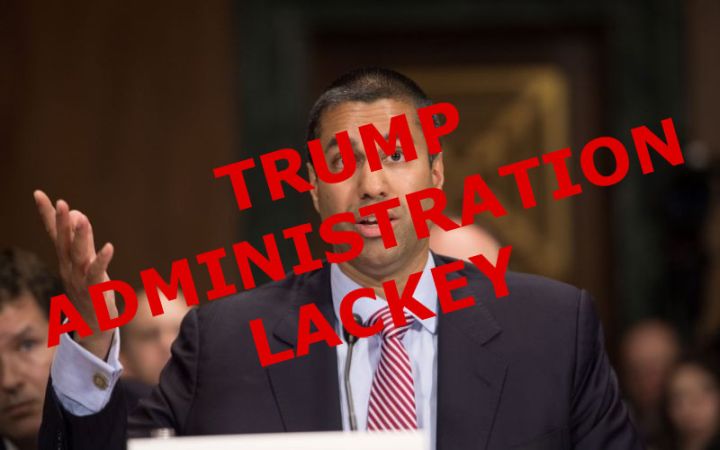 Since there’ll be no “reprieve from the governor”, get ready for the smell of frying Internet service. Ajit Pai, Trump Administration Lackey Supreme, is about to change your life.

While I’ll cop to the likelihood that your Internet service won’t fry just because a Trump Administration Lackey has decided to give way too much power to a handful of large companies, it’s hard to imagine a scenario where the way content gets delivered won’t be censored in ways that need to be controlled—and are clearly a tradeoff where whoever pays the most will get to put their content in front of you.

That may not sound any different than—as Mr. Pai has pointed out—what Faceboook, Twitter, and other content creators already get to decide. But it’s not the same thing. At all.

Sure, Facebook decides what you see. Yes, all advanced content creation and presentation vendors do that. We do it here. But the repeal of Net Neutrality rules is like your electric company getting to give “better electricity” to customers who pay more.

If you’re a free-market advocate, that last part may not sound so bad. And it makes sense that a free-market Trump Administration Lackey would be all over such an idea. But that’s not really what’s happening, right? I haven’t heard even a hint of a suggestion like that electric company idea.

The Net Neutrality debate’s been going on for nearly two decades. I started writing about it in 2010, here, here, and here. And while I declared Net Neutrality dead over three years ago, that death was more of a terminal condition than an actual funeral-inducing event. And all the family members were respectful of Uncle Net Neutrality’s state of limbo. Until Now.

Sure, there have been questionable applications of don’t-mess-with-data rules. One you might even like is unlimited video streaming allowed by your wireless cell carrier. But (and I know this is a matter of perspective) there’s a difference between giving customers a perk as a sales tool and giving companies that should be categorized as utility providers the right to take those perks away. And that’s what Trump Administration Lackey Pai’s new Net Neutrality rule is.

And of course, that’s the point: Internet Service Providers should be seen as utilities and regulated as such. Barring a miracle, today’s the day we kiss that reality goodbye.