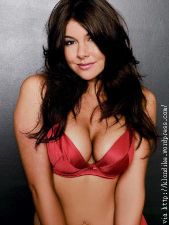 Ryan Giggs had an Affair With Imogen Thomas. There, I said it.

I don’t know if it’s true, by the way. In fact, until this morning I had never heard of either the British soccer star Mr. Giggs or the model-turned-reality-TV-contestant Ms. Thomas. But if Twitter says that the married Ryan Giggs had an affair with the sultry Imogen Thomas, it must be true, right?

Well, no, of course not. But in an era where Twitter and Wikipedia … just are … the issue isn’t what happened; it’s how you do damage control when the world believes something did. So go ahead: take a look at this Google Search for Imogen Thomas and this one for Ryan Giggs. Search Twitter for “imogen thomas soccer affair“. Take a look at all the examples that pop up on Twitter when you look into the question of Ryan Giggs and Imogen Thomas having an affair (here’s one). I’ll see you back here in about … oh … a minute.

I’ve said this before, and I’ll say it again: there is no longer such a thing as privacy.

I have no meaningful commentary on whether that matters. It just … is. Privacy, a fairly new construct, anyway, is now over.

When I came across this piece today about how a company has been formed with what seems like no real purpose other than suing people who misappropriate copyrighted materials (can you say “patent troll“?), it was just another interesting read. But when I then, moments later, came across my first reference to “a British soccer star” (Ryan Giggs) and “a reality TV star” (Imogen Thomas) in The New York Times, I had to point this all out.

Read the piece from The Times. As a press vehicle, and one with operations in many countries, I suppose its editors were displaying good judgment when they decided to abide by English law prohibiting so much as mention of Ryan Giggs or Imogen Thomas. BUT THAT DOESN’T MATTER. Blocking the press from talking about a soceer star and a TV personality in one small country has no effect. So, one more time: it surely looks like Ryan Giggs and Imogen Thomas have been more friendly than Mr Giggs’ wedding vows allow.

And Perception, my friends, is Reality.

I’ve written about this subject a few times before. Take a look at this commentary on copyright, for example. I’ve told you: you can’t erase your tracks on the Internet (although using The Answer Guy’s Search Engine Optimization Services and letting us layer on some reputation management, you can come close). Now say it with me once again: There is no Privacy on The Internet.

Keep that in mind as you manage your business change. And if you’re a press vehicle with operations in the UK, say “hi” to Ryan Giggs and Imogen Thomas for me.