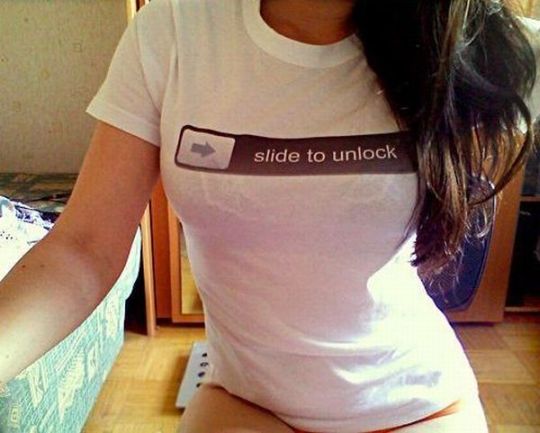 Shouldn’t Intellectual Property need to include something intellectual?

Yesterday, The United States Patents and Trademarks Office (USPTO) set some kind of new record for granting stupid patents. Apple is the proud new owner of not one, but two patents on “Slide to Unlock”. The Slide To Unlock patent numbers are 7,657,849 and 8,046,721, and now Apple, at least in the United States, is the only company allowed to sell touch-screen devices that unlock by touching that screen and moving your finger.

7,657,849 and 8,046,721, (I’m not sure why there are two patent numbers assigned to this unbelievably obvious “no one invented anything” idea) are just the latest examples of the people who administer patents in this country not understanding what a patent is for. In short:

And while I could accept that a patent to perform a particular act within a computer that was itself unique and could only or best be accomplished by performing a specific gesture might qualify as being a system, patents 7,657,849 and 8,046,721 represent an idea. Not allowed. The “act” of Slide to Unlock isn’t unique.

At least Slide To Unlock isn’t another patent on “a special way to block sexting“.

If you want to discuss our Intellectual Property Consulting Services, you can contact me here.