Broadcasting is dead; everything is about narrowcasting 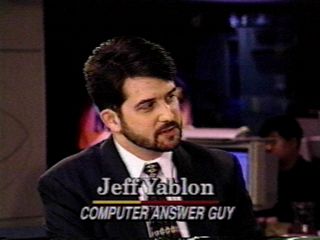 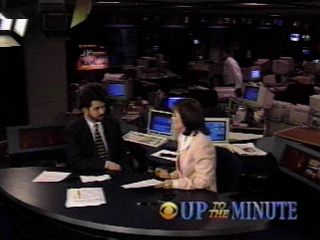 Despite getting The Computer Answer Guy in front of a lot of people both through the radio and Internet and via CBS Television’s Up To The Minute overnight news broadcast, I was narrowcasting, and I knew it. I had no expectations of gazillions of people being aware of me, even being on national television, since the crowd at 3:36 and 5:36 AM is . . . thin, both in terms of numbers and demographic makeup.

Fast forward to now. When I write these words I’m certainly narrowcasting. I’m read by between 8,000 and 10,000 people each month. But here’s the funny thing: Being in that range actually puts Answer Guy Central’s traffic in the top 3% of all web sites. (Edit, February 12 2015: it’s become about 30,000 readers and we’re well into the top 1%)

Does that make me successful, or a failure? It depends on how you look at success. As a media company, one dependent on advertising revenue, I’d be in trouble. But as a small business promoting our business consulting and search engine optimization services, 10,000 monthly visitors keeps the phone ringing.

I bring this up because in a world shifted from broadcasting to narrowcasting, business change requires that you be able to recognize that change as it goes on around you.

Take a look at this article from Computerworld. It’s on a topic that’s gotten a lot of attention in the mainstream press. Computerworld, when I was more familiar with them back at about the time I had that broadcasting/narrowcasting conversation, circulated around 500,000 printed copies each week. And today their reach, compared to Answer Guy Central at 3%, is huge. In fact, at approximately .05%, Computerworld’s traffic is huge compared to almost anyone’s.

So tell me: Why is there so little social sharing of that article? Here, three days after that article getting posted, are the statistics for re-sharing via social channels, taken directly from the article, and similar statistics from a one-day-old article published here at Answer Guy Central:

Notice that Computerworld’s total “shares” for a three-day-old article are about four times the amount of shares we have here on a one-day old article. But then remember just how much larger Computerworld (back to that media company point) is than we are.

So What’s up with that?

Sharing only happens when you feel connected to the person or company you’re sharing with—or for—that’s what’s up. When Chris Brogan writes something it gets shared a lot. When I write something, my engagement can’t touch Chris Brogan’s, but it sure looks like I’m blowing Computerworld out of the water.

Which brings me to Mommyblogging.

Nuke the cute nomenclature if you prefer; Mommyblogging refers to media creation by smaller entities that nevertheless attracts traffic and advertising revenue. And it seems that mommyblogging is making some (women, presumably) some pretty healthy incomes.

This is a turn-conventional-wisdom-on-its-head business change.

I’ve been in business a long time, and on the media side of things have been both producing content and selling it through various channels for over twenty years. And advertising revenue is almost always tied to volume of traffic; it’s the reason that Superbowl television commercials cost so much.

When advertising is less expensive it’s typically because it’s been sold as a more speculative “sponsorship” deal. For example, Citicorp pays the New York Mets $20 million per year for right to call the stadium where The Mets play baseball “Citifield”. How many people ever see that moniker? How many realize that a huge bank is the naming partner? It’s difficult to say. Why? Because you can’t value the deal simply by counting the three million or so annual patrons of New York Mets baseball games and the eighty million or so viewers of New York Mets games on television. Citifield is Citifield all day, every day, and the Mets, in selling the naming rights to their stadium and Citicorp in buying them, used different (and no doubt, differing) math than a simple “83 million people see this advertisement, so you’re paying 24 cents per impression”.

As you plan your business change, and ask yourself about such esoterica as the right way to use social networking, I hope you’ll keep engagement in mind. And of course, if you want help crafting your engagement and social networking plans, you know where to reach me.