Shawn and Sean In Search Of The Killer App. And It’s AIRTIME 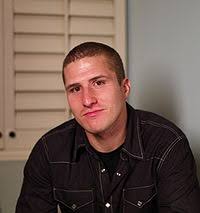 Much to my surprise given my background as a quasi-geek and the subject I write about most often, I hardly ever talk about “the killer app”. Killer Apps are the very definition of business change, and the kind of thing that I’d have thought before I checked this morning that gets more attention.

Then again, real killer apps come along so seldom, maybe it’s right that I don’t talk up the “next great thing” all that often.

Lotus 1-2-3 was a killer app. The seminal spreadsheet made the personal computer market. E-mail is a killer app; your grandmother has an e-mail address. Google would like to make Gmail into the killer email app, thinks Google Drive is the only storage we need, and had hopes for the now-defunct Google Wave as a killer app.

The Internet itself is a killer app, but the truth is that without more specific software to make the Internet useful, the only thing the Internet really kills is time. Facebook is not a killer App, exactly for this reason.

Airtime is a killer app. Or it could be, if enough people find it, sign up for it despite what feel like tremendous privacy concerns, and use it.

Airtime comes to us courtesy of Sean and Shawn. At a maybe-too-star-studded coming out party for Airtime a couple of days ago, the Napster co-founders (and oh yeah, Sean Parker was once Facebook’s President—as portrayed in The Social Network) unveiled their new baby. And as Techcruch put it, Airtime could re-humanize the Internet. Killer App, indeed!

Running as a Facebook App, with the usual privacy questions, Airtime nevertheless feels like it’s going out of its way to let you stay in control of your privacy, so long as you pay attention. Of course, that’s a problem in its own right (see: computers are too hard), but I’m giving Mr. Parker and Mr. Fanning high marks for at least trying to let you stay in control: 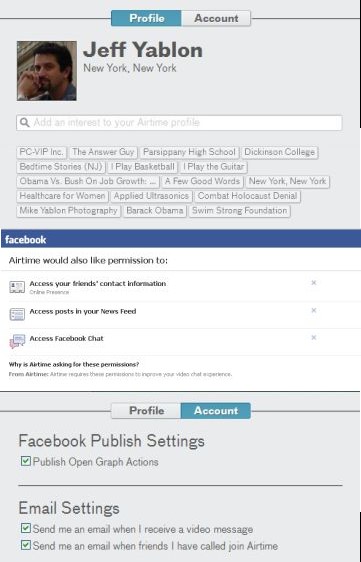 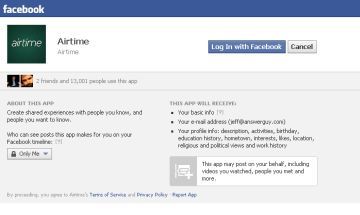 Now, what is Airtime? Airtime is a way to video chat, one-on-one, with other people. Not a killer app. Using Airtime, you get to choose whether you talk to random strangers, people geographically close to you, people with your interests, or people you already know in your Facebook Friends List. More of a killer app now, right? You can quickly reach out and say hi to people you know or make new friends, but without the part that really sets Airtime apart.

And Airtime is not Chatroulette.

Chatroulette, a very cool idea where you video chat with completely random strangers, was rendered useless by all the naked people on it, doing lewd and in some places illegal things. Airtime doesn’t allow that. And I mean it: AIrtime employs software to detect disallowed behavior, and if you are caught being bad, you’re banned from Airtime forever.

And remember, Airtime is hooked to your Facebook account. Maybe you’d like your friends to know you were banned from Airtime because you were naked? Me neither.

Here’s where Airtime becomes even more of a killer app.

All of the nitty gritty details notwithstanding, Airtime—when it works correctly; it doesn’t seem to work with Chrome at all and Airtime’s servers seem to be a bit overwhelmed so far— is beautiful and incredibly easy to use. This is one of the problems with Facebook; I’ve said for years that Facebook is too hard to figure out, and while The Timeline Version of Facebook helps, Facebook is still anything but intuitive. Airtime is . . . great: 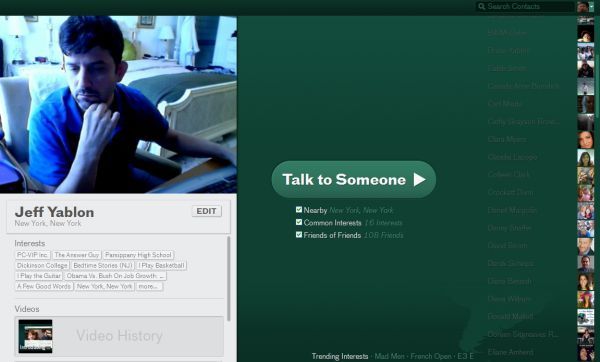 Airtime really does take video chat to a place it’s never been before. And by its design Airtime even alleviates some of the problems that every other video chat application to date has failed to address.

Now there are a couple of privacy issues with Airtime that even after all that control the App tries to allow you you need to know about. First, all of your video chats on Airtime are being recorded, and kept. This is more OK than it might seem; I’ve been pretty clear that in the Internet Age “oh my goodness, someone else has a record of everything I do” is less of an issue that you might think. Yes, they do. Don’t embarrass yourself. Move on.

The second issue, though, is Airtime’s Privacy Policy, which at least for now is worded pretty aggressively, making it clear that if they want to Airtime can do pretty much anything they want with your video chats. Expect this to soften, but for now, please understand that keeping your clothes on isn’t your only responsibility on Airtime. AND I CAN’T EVEN TELL YOU WHAT THE OTHER ONES ARE.

And Airtime is still—or maybe because of all of that—kind of scary.

Need help deciphering Airtime or your other business change maneuvers? Contact Me Here.