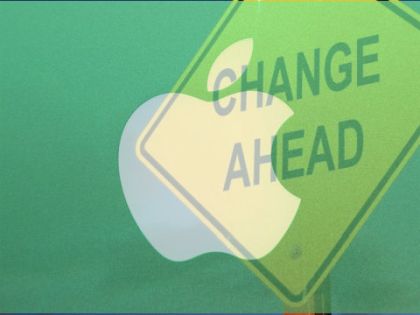 I have a habit of pointing out things that I think are bad. It can sound really negative, and I often fail to move forward by pointing out what the positives are from seeing and acting on—or against—these things I notice.

Yesterday, Amazon.com Chairman and CEO Jeff Bezos unveiled a new line of eReaders/PDAs/Tablets that might just take over the world. I’m not convinced yet, and I’m still happy with my decision to buy the Google Nexus 7 a couple of months ago, but I’ll tell you this: the new Kindle Fire is a game changer.

Now, let’s figure out for whom.

If you’re Google, and have—let’s face it—created the market for $200 tablets with terrific specifications, form factor, and build quality, you’ve on the one hand been validated, and on the other been put on notice. Amazon is releasing a Kindle Fire device that has even better specifications than the Nexus 7, at the same price. If you’re Apple and have sat by smugly telling the world that you think the iPad is the be-all and end-all of devices like it, the new Kindle Fires are a wake-up call for you, too.

Amazon, though, has said, loud and clear, “our devices are the razors and we’re going to make money selling you blades“. Amazon is changing the game, and doing so in ways that neither Google nor Apple has quite gotten to. Get ready.

The New Kindle Fires are fast, have great displays, and have a few technical goodies built into them that you can read about here. Very cool, but not what matters. The Nexus 7 rocks the technical specifications department just fine, thanks, and the iPad’s Retina Display is already technical overkill that Amazon isn’t quite approaching.

What matters is that Amazon is finding new ways to make money, not just by “selling you blades”, or in this case books, movies, television programs, free shipping, and whatever else you acquire to extend the usability of your Kindle Fire and facility of your relationship with Amazon, but has also reinvented what counts as “the blade”.

First, all Kindle Fires will now beam advertising at you. There may or may not be a way to turn that off, and it may or may not cost extra to do that. But Amazon will be selling ads that will run in front of every Kindle Fire user.

Second, with the new Kindle Fire tablets Amazon is selling high-speed wireless Internet access, and it’s game-changingly inexpensive. And that means you’ll download more stuff, and maybe need to . . . you guessed it . . . buy more of that cheap 4G access.

Amazon is building their new Kindle Fires using Android, but is (still) laying a skin over Google’s mobile operating system that makes it hard to use Android in any way not approved of by Amazon. It’s the right way to do this; Google’s fragmented Android far too much in the name of choice and open standards, while Apple’s closed the iPad so tightly that I maintain my assertion that the iPad is just an expensive toy.

What I’m saying is that the new Kindle Fire tablets manage to exert enough control to be useful without being overbearing. Because Amazon is selling them the new Kindles will make tremendous inroads in the fight for your eBook dollars. And censorship? Amazon may have played that game before, but it doesn’t seem they’re into it now.

Amazon, simply, is doing absolutely everything right. And unless you’re enough of a geek to see why you’d rather have a Nexus 7, it’s time to jump on your new tool/toy, the Kindle Fire. Amazon’s making real business change here.