As Things Change, They Change Faster 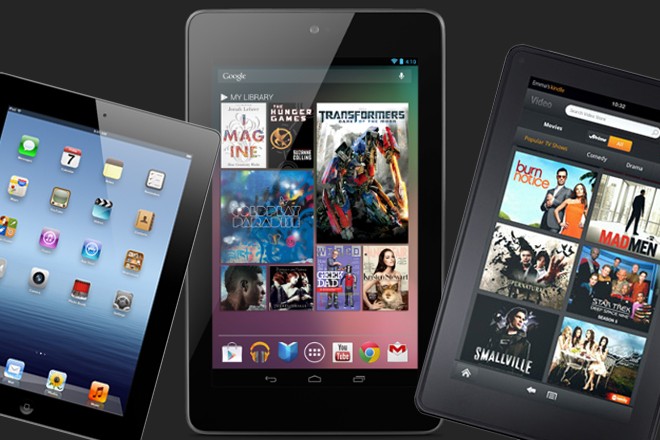 Sometimes, this stuff all changes too fast, even for me, your friendly neighborhood business change guy.

But the intersection between technology, business, and people’s behavior is one that we pay attention to, because there’s no other choice. And that change just keeps coming. How fast? Take a look at this: 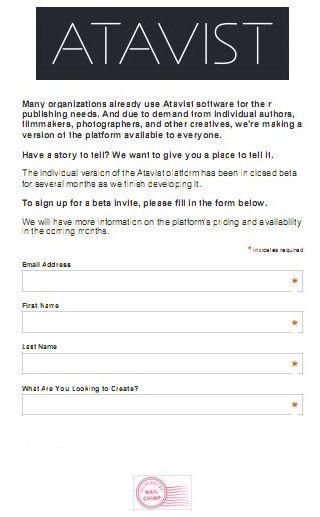 This is a sign-up form to become a publisher at Atavist. Atavist is—or will be—a book publisher. Atavist is starting as a pure eBook play, with “plans” to one day print the real thing. Oh: and Atavist is backed by a $20 million investment from Barry Diller and Scott Rudin, two top-of-the-foodchain media guys.

The idea behind Atavist looks like the idea driving The Domino Project, although with Barry Diller at the helm you can expect that Atavist will speed things up and streamline publishing way more than it will help authors. This is fine; big companies like making money.

But what struck me as I was digging into Atavist—and the reason I’ve included an image of Atavist’s sign-up page instead of just pointing you at it—is that even though they’re looking for publishers to start using their (paid) platform for distribution, when you try to sign up to be one of those publishers, you can’t. Atavist, a company with some technical muscle and serious backers, is  A) running their sign-up process through a third party, B) has neglected to remove the branding for that third party (MailChimp) from their sign-up page, and C) forgot to to actually include a way for people who wish to sign up to submit the form.

I’m not actually here to pick on Atavist today, and Atavist, I have some free advice: Get the MailChimp “bug” off your form (paid MailChimp accounts can do this; you are paying, right?), and get a “Submit” button into that thing. Or if you want to talk more, well, Atavist, I’m here for you.

Today’s message is about business change, and Atavist happened to cross my mind as I was getting ready to tell you about how much things have changed in the two short months since Google introduced their Nexus 7 device.

Apple’s just released the iPhone 5, which despite the pending arrival of an iPad Mini reads like “way fast media device” to me. And Amazon’s recently added heat with the Kindle Fire HD. Both of those devices suffer from glaring issues, as does the Nexus 7.

The iPhone 5 has that ridiculous new Lightning connector. The Kindle Fire doesn’t do 4G data nearly as well as the iPhone 5. The Nexus 7 doesn’t do data at all, and Google crippled one important part of it, on purpose.

And yet, the Kindle Fire can do data and Amazon sells a small amount inexpensively for one year. A third party had created a workaround for Google’s hubris; you can now use Google Voice to both make and receive calls on a Nexus 7. And Apple? well . . . they’re Apple, although it feels more and more as though the days when that was good enough are coming to an end.

Why are so many smart people neglecting important pieces of the media business change puzzle?

As I said above, the faster things change, the faster they change. It’s hard to keep on top of all of this, and I’ll extend the same invitation to you that I extended to Atavist: I’m here for you.

But whether you let us help you with your business change plans or do it on your own, business change is a big deal, and dotting those I’s and crossing those T’s matters. You have that under control?