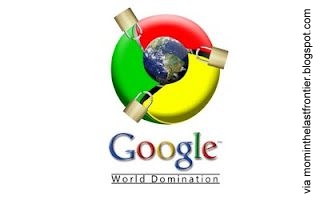 Quite a few years ago, I ran into Deb Triant, who at the time was President of Adobe. We spoke for about thirty minutes, and embarrassing as this is, I didn’t know how highly placed a person I was speaking with when I shared—emphatically—my opinion that Adobe needed to make the .PDF file format an open standard, else see it become unimportant. Ms. Triant laughed at that suggestion; in the early days of PDF Adobe charged not just for the tools to create the files but also for the software people needed to read them.

I was right, of course, and a couple of years later Adobe made their PDF reader software free to create a file standard for formatted, portable documents that’s remained dominant to this day; Adobe also opened up the standard, encouraging anyone so inclined to create software that works with it.

One of the formats I spoke with Deb Triant about that day was Microsoft’s .DOC. Then also in its infancy, the DOC file format was nevertheless becoming a standard for word processing as the previously-competitive word processing software market was collapsing into a Microsoft-and-everyone-else scenario. Of course, DOC is so ubiquitous that for years we’ve e-mailed DOC files to friends and coworkers without thinking about whether they’ll be able to read them; everyone can use DOC files, right?

Not if Google has anything to say about it.

Yesterday, Google announced that they’re about to stop supporting the DOC file format inside Google Docs and Google Apps. Or, well, they announced something. It isn’t actually clear whether DOC files will be completely excised from Google Docs and Google Apps, and Google’s change may apply differently to the old-style DOC format than to the newer DOCX (which is really just compressed DOC).

What is clear is that some time soon if you’re a Google Docs user you’re going to have to start using Google’s own file format for word processing, their not-XLS/XLSX for spreadsheets, and abandon Microsoft PowerPoint PPT/PPTX files for presentations. Oh, and by the way, that “sometime soon” might be as soon as October 1; yes, just five days after Google’s announcement.

In a way, this reminds me of Apple’s missteps with the Lightning adapter introduced in the iPhone 5. Lightning is by no means superior to the old adapter, and Apple’s obviously looking to corner the market for accessories. Google’s decided that if you play with their toys, they want to be more in charge of how you use them.

I’m pretty sure that whatever the real fallout from this becomes, if you have DOC and other Microsoft files stored in your Google Docs account, Google won’t go with “move ’em or lose ’em”—at least not any time soon, and certainly not on five days notice. But wow.

With as many times and in as many ways as Google’s been accused of monopolistic business practices, this is a business change that’s hard to understand. If you use Google Docs and don’t explicitly go out of your way to stay Microsoft Office compatible, you’re using Google’s proprietary file format, anyway. And when they introduced Google Drive, Google solidified their grasp on that part of your soul, if not your heart.

This is not OK. But Google has become so big and such a pervasive part of the way we use computing devices it feels as though there’s little to nothing we can do about it. I’m not giving up my Galaxy Nexus or Nexus 7 devices. I’m not going to stop using Gmail. I’m not going to switch to Microsoft SkyDrive, which practices bad business change in its own ways. And that’s ignoring Microsoft declaring four-year-old computers worthless.

More and more, this means something very simple: Google Owns Everything. Which means you can give in, boycott Google, or get help. The kind of help The Computer Answer Guy provides.

Giving in might be the way you decide to go, and if it is I say, in all sincerity, that’s OK. And I wish you good luck because one day many of those freebies Google’s been giving away will carry price tags. Boycotting Google? Well, OK, good luck with that one, too.

But the real answer is that you need to have a plan in place to manage these issues. And if you’re ready to start making that plan you can contact me here.