iJuggernaut: What Happens When a Toy Becomes Less Fun? 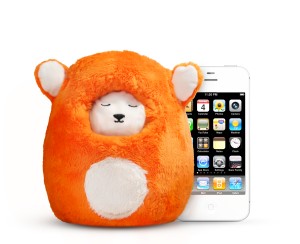 This story is about toys and fun, but its message is deadly serious. Apple is making a lot of mistakes.

I’ve been saying this almost since the moment we lost Steve Jobs. Nobody else “got it” the way Steve got it. Apple all but disappeared during the time Jobs’ first successor as CEO was making mistake after mistake, and then came back with a vengeance when Steve returned. Steve Jobs was the iJuggernaut, and under Tim Cook, the <ahem> shine is coming off this fruit.

I’ve resisted making this comment publicly until now, both because when I say it privately I’m generally told I’m out of my mind, and because while I’ve always had a healthy respect and admiration for the results Apple gets I’m a fairly outspoken critic of the way Apple does business. I made fun of the iPad from the day it launched and noticed with some amusement that the iPad that found its way into my home at Christmas 2011 quickly became a paperweight. I tried and returned an AppleTV because it was all flash and very little useful substance. I love and still use my iPod Classic, but never understood the iPhone-without-a-phone iPod Touch; and there’s one in my desk drawer and two of my sons and one of my fiancée’s girls use them. And I’ve said and will repeat now that Apple’s Retina Display is Nothing But a Marketing Gimmick.

That said, Steve Jobs was on the right track. Phones that look great and do pretty much anything you can dream of? Check. Tablets? You bet, although those of the 7″ variety are clearly a better idea than 10″ tablets. And that aforementioned AppleTV? The first product of its kind, and it’s spawned an industry of better-than-AppleTV competitors, like the Roku. Steve Jobs was an Influency machine.

Over the last six months or so the number of mainstream press people who have wondered aloud whether Apple’s now-CEO Tim Cook knows what he’s doing has multiplied. I’ve also resisted commenting on that; it’s mostly been chatter about stock price and when the topic veered into product it never got very close to the heart of the matter. But Apple has lost its way. Today, this story proved it.

Apple has launched an iPod Touch without the rear facing-camera, and if that doesn’t sound like a big deal, please listen up. It’s huge.

When I held forth on Google’s Nexus 7, I opined that its lack of a rear-facing camera wasn’t important. One of my sons told me that there were far more people using the camera on their 10″ iPads than I had joked about in that piece, and now, almost a year later, I have to admit that I occasionally wish there was a camera on my small-form-factor tablet. I don’t love the pictures that come out of my Galaxy Nexus SmartPhone; it’s why I lug around a DSLR, and the difference in picture quality is striking. Even so, having everything in one package is a beautiful thing and the iPod Touch loses some of its value when the camera is removed. Truthfully, it loses most of its value. Without a camera, the iPod Touch is reduced to little more than a clumsily-executed MP3 player that looks but doesn’t act like an iPhone.

Steve would never have allowed this. Never. No way. Sure, you can take features away from a product to shave costs, so long as the feature is unpopular. But by taking the camera off the iPod Touch, Tim Cook has destroyed the utility of the device. There are many millions of people who like Instagramming their every mundane moment, and now … well, like I said, there’s no good reason to buy an iPod Touch.

Is Apple trying to do away with the iPod Touch altogether and herd everyone toward iPhones? Maybe. But if that’s the case, then just discontinue the iPod Touch, Tim. Killing it slowly does nothing useful.

At some level, wherever you fall on my “tools versus toys” debate line, most of these things really are toys. They’re distractions. They’re fun, but you don’t need them. And now, nobody needs an iPod Touch.

Tim Cook, CEO of one of the most valuable companies in the world, just earned himself a new title: